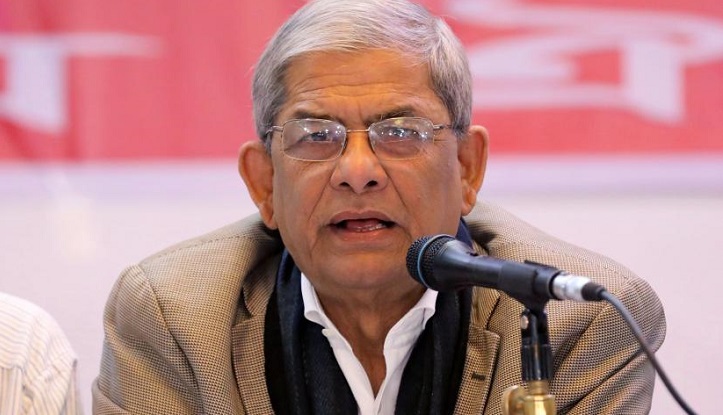 BNP Secretary General Mirza Fakhrul Islam Alamgir on Sunday alleged that the ruling party is trying to belittle their party founder Ziaur Rahman by resorting to a ‘false’ campaign against him.

“Efforts are on to belittle the person (Zia) who declared the country’s independence, fought for the country and awakened the nation after assuming state power by spreading false information,” he told a virtual discussion.

The BNP leader said Awami League politicised the country’s institutions as it never evaluates impartial and qualified people belonging to other parties.

“They’ve now politicised the entire state machinery as per their ideology and principle. Because, in 1975, they established a one-party Baksal rule. We’ve not forgotten it…it’s not so easy to cover up the truth.”

Fakhrul said the nation is going through a very bad time as the government has destroyed democracy, the main spirit of the Liberation War. “Nothing, including the sports, music and politics, is out of politicisation as we lost the spirit of building a democratic state and a democratic society.”

Mentioning that he met renowned Lalon singer Farida Parveen and her flutist husband at an event at the American Embassy, he said, “They told me with a regret that they no longer now invited to any government programmes or the government-sponsored television channels. Think what a painful situation that greatest artist like Farida Parveen won many international awards and her prominent flutist husband are now ignored.”

The same way, the BNP leader bemoaned that the forums of many people who had fought the Liberation War but belonged to other parties were not allowed to be taken to Shaheed Minar after their deaths.

To get rid of the situation, he said, there is no alternative to strengthening the movement for the ‘restoration’ of democracy in the country.

Fakhrul said their party wants to build the country and establish a democratic society together with all putting aside political division.  “We shouldn’t evaluate anyone based on his/her political affiliation. The important thing is that the country belongs to all.”

He also recalled Koko’s contributions to the development of the country’s sports sector.