Thousands of Britons return from France to avoid quarantine 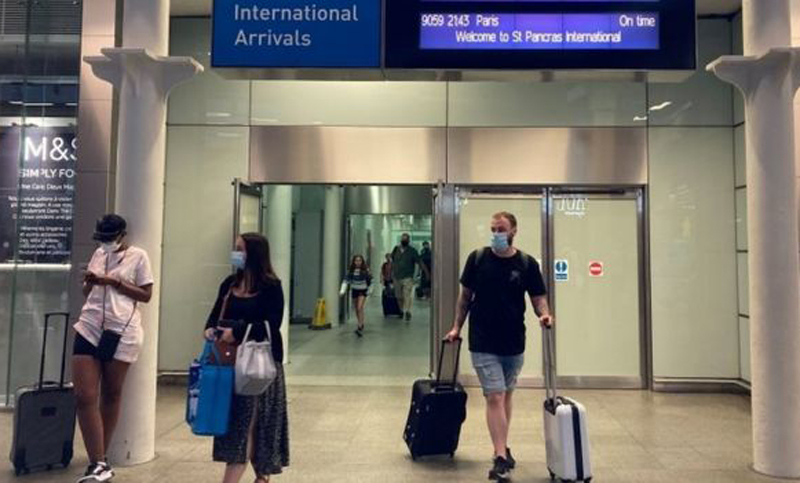 Thousands of British tourists beat a hasty retreat from France, packing out planes, trains and ferries to return to the U.K. by the early hours of Saturday morning to avoid a mandatory 14-day quarantine at home.

On Friday, many British travelers in the country opted to cut short their vacations to meet the 4 a.m. Saturday deadline that had only been announced the night before. Anyone arriving back from France from Saturday must stay at home for two weeks to make sure they cannot spread the coronavirus beyond their households if they have become infected.

The exodus was prompted late Thursday when the British government took France off a list of nations exempt from traveler quarantine requirements because of a sharp rise in new coronavirus infections there.
A spokesman for the Le Shuttle car-carrying carrying rail service linking Britain and France under the English Channel said 12,000 people tried to book tickets in the hour after the new rules were announced, compared with just hundreds normally.

Some air fares were selling for significantly inflated prices compared to normal rates. British Airways was selling tickets for a flight from Paris to London on Friday night costing 452 pounds ($590). The same journey on Saturday could be made for just 66 pounds.

Ferry companies put on extra services but they sold out fast too.

For those who cannot work from home on their return, the mandatory self-quarantine could see them penalized further. Others just couldn’t face the prospect of having to stay at home for two weeks, unable to do even basic chores, go for a run or even to walk the dog.

Peter Norris, who managed to get on on one of the last flights Friday out of Nice, in the south of France, said it would have been “incredibly inconvenient” for him to face another two-week period cooped up at home.

″It’s not like during lockdown, where you can go for a run, go to the shops, come back,” he said. “None of that, we have to stay in, for two weeks.”

As well as complicating the return home for the hundreds of thousands of British tourists in France, the U.K. move has the potential to upend the plans of those planning trips in the days ahead, particularly of families during the run-up to schools reopening in September. French businesses running campsites in Brittany, wine-tasting tours in the Loire Valley or mountain treks in the Alps also have reason to worry.

The French government has indicated that it will respond in kind, a move that is set to further hobble travel and tourism between the two countries.