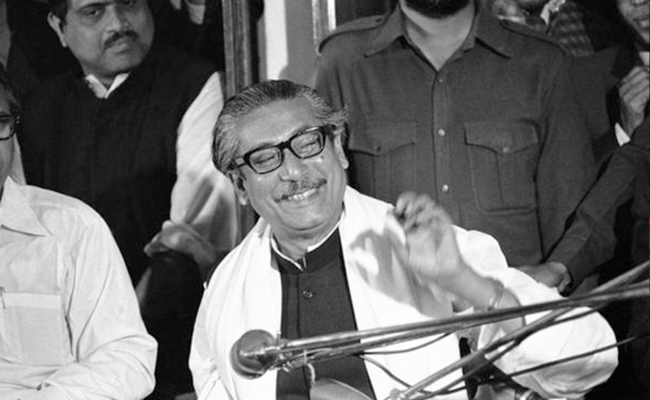 Some three self-confessed fugitive killers of Bangabandhu Sheikh Mujibur Rahman have remained untraced for 45 years despite the ruling Awami League-led government’s efforts in locating the killers.

Sources in the government say that they have been in dark about the whereabouts of the three killers, out of five fugitives – Khandaker Abdur Rashid, Shariful Haque Dalim and Moslehuddin Khan.

The government claims that it only knows the whereabouts of two killers--- Noor Chowdhury and Rashed Chowdhury who have been living in Canada and United States of America respectively.

Foreign minister AK Abdul Momen said that the government would do everything to bring back the two killers living in Canada and USA.

“Prime Minister Sheikh Hasina herself has written to the US President Donald Trump. We hope that we will be successful in bringing back the killer,” he said.

“One of the killers was brought back in the Mujib Year. Our expectation is to bring back at least another killer during the year,” he added.

Casting doubt over the effort of the government, people say that how much time is needed to trace the killers of the Father of the Nation and most of his family members.

They allege that the government apparently starts haunting the killers ahead of August while hardly any notable move is visible during the rest of the year.

As regards people’s sentiment, the government says that it has relentlessly been continuing with its efforts to know the whereabouts of the assassins through diplomatic ways and Interpol too.

In the latest development, the government executed the court verdict against the dismissed Army captain Abdul Majed, a fugitive death row convict in Bangabandhu killing case.

He is the sixth convict, executed for the assassination of Bangabandhu and most of his family members as five others were hanged in 2010.

In a recent development, the US reopened a decades-old asylum case against Rashed Chowdhury, convicted killer of Bangabandhu.

The case, which was closed for almost 15 years, was quietly reopened by the country’s Attorney General William Barr on July 25.

“The move taken by Barr sends a chilling message to people who have received asylum in the US. It signals that even after years of successful legal battles, any protection could still be revoked out of the blue,” the report said.

Law minister Anisul Huq said they do not have any piece of information about the whereabouts of three killers – Khandaker Abdur Rashid, Shariful Haque Dalim and Moslehuddin Khan.

“We do not have information about the whereabouts of three killers. But investigation has been on to locate their possible stay,” he said.

“Our efforts will continue until bringing back the killers and execute the verdict,” he added.

After assuming office, the AL led government in 2010 formed the National Taskforce comprising ministers and high officials to bring back the remaining killers of Bangabandhu.

About the fugitive killers, Moslehuddin Khan is said to be in India but the Indian government could not trace him.

Rashid was reportedly running a construction business in Libya and Dalim had been living in Pakistan, Libya, Kenya and European countries.

Sources say that the government has recently come to know that that Dalim has been in Spain.

After getting the information, the government has started a process to return bring him back from Spain. The Interpol has also issued warrants of arrest for the killers, who have reportedly been changing locations to evade arrest.

The trial of Bangabandhu assassination case started in Dhaka in 1997, 22-year after a group of disgruntled army officials murdered him along with most of his family members on August 15 in 1975.

The Appellate Division of the Supreme Court on November 19, 2009 upheld the death penalty of 12 convicted ex-army officers for the assassination.