3 of a family burned dead in Chattogram slum fire 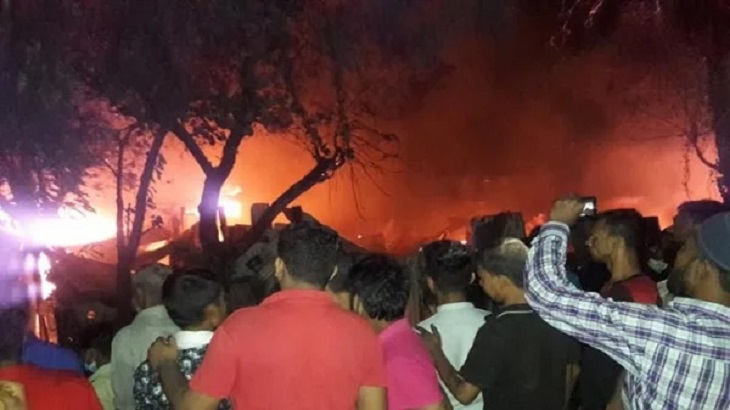 Three members of a family were  burned to death as a fire broke out in a slum in A K Khan area of the port city on Friday night.

The deceased were identified as Abu Taher, 60, his wife Ayesha Begum, 50 and their grandson 18-month old Rashed, son of Rubel Ahmed.

According to fire service control room, the fire broke out at Azam Nagar slum around 7:30pm.

On information eight vehicles of two fire stations rushed to the spot and brought the blaze under control after two hours of frantic efforts.

According to slum dwellers, at least 100 shanties were gutted in the fire.

Besides, at least 28 people were injured in the incident.