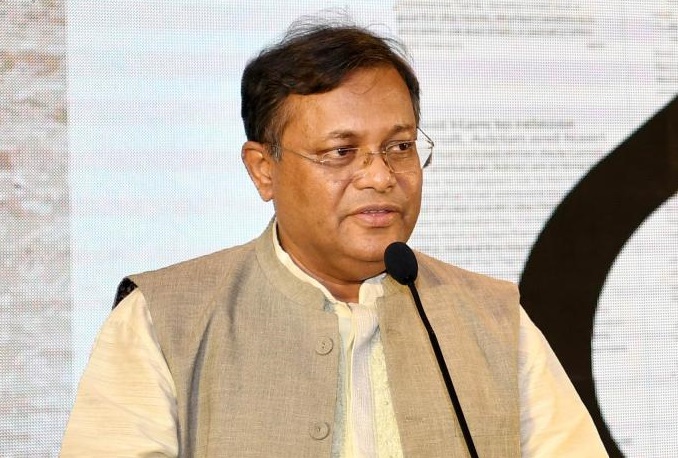 “Begum Zia should apologise to the nation for celebrating her fake birthday on August 15 for long. Trying to take credit by announcing not to celebrate her fake birthday is also an offense,” he told a seminar.

The seminar was arranged at Jatiya Press Club in the capital ahead of the National Mourning Day.

“We knew from the pages of the newspaper that she was suddenly born on August 15, 1995. We heard about her three or four birthdays before. Now, they (BNP men) are trying to take credit saying they would not celebrate her (Khaleda’s) birthday (on Aug 15), which is also an offense,” he said.

The information minister said suddenly Begum Zia announced that the August 15, the day when Father of the Nation Bangabandhu Sheikh Mujibur Rahman was assassinated, was her birthday.

Hasan went on saying: “Therefore, I would like to request the BNP to apologise to the nation confessing that the announcing the August 15 as Begum Khaleda Zia’s birthday was false and fake, and then the nation may forgive them.”

By not celebrating the fake birthday of Begum Zia, the BNP is reminding that they want to ridicule the murder of Bangabandhu, he said, adding “Please, don’t make mockery about this brutal killing.”

The AL joint general secretary urged journalists to unmask the masterminds behind the Bangabandhu’s killing and help the government bring them to justice.

“For a long, I have been saying that a commission should be formed to unmask both the masterminds of this murder and those who created its background, and bring them to justice,” he said.

Hasan sought the eternal peace of the Father of the Nation Bangabandhu Sheikh Mujibur Rahman and his family members assassinated on August 15 in 1975, four martyred national leaders and all the martyrs of the Liberation War.