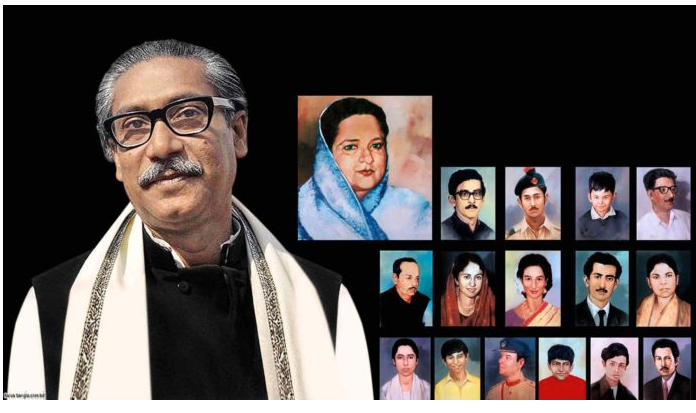 The nation is set to observe the National Mourning Day on Saturday commemorating the 45th anniversary of martyrdom of Father of the Nation Bangabandhu Sheikh Mujibur Rahman.

Bangabandhu along with most of his family members were brutally killed by some disgruntled army officials on August 15, 1975. The carnage is considered to be the ugliest chapter of the nation’s history.

The self-confessed killers of August 15 not only assassinated Bangabandhu but also 16 other members of his family, friends and relatives.

The world condemned the killing which caused irreparable loss to millions of people of Bangladesh and shook the conscience of mankind.

They will place floral wreath at the graves of Bangabandhu and other fallen heroes. Discussion on his life sketch and special prayers seeking eternal peace of the departed souls of the martyrs will be held in Dhaka and other parts of the country.

Dhaka Metropolitan Police (DMP) issued guidelines for vehicular movement in the capital ahead of the day.