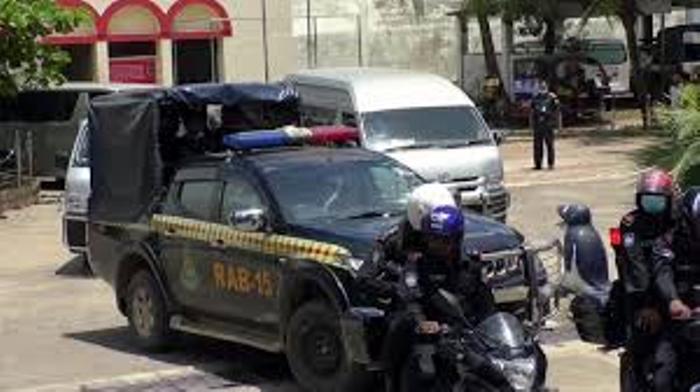 Rapid Action Battalion (RAB) has take seven people including four policemen, who were placed on a seven days remand by a Cox’s Bazar court on August 12, in their custody to interrogate them in the Major (retd) Sinha murder case.

A team of RAB-15 took them from Cox's Bazar district jail to their office around 10:00am after completing official processes.

Mokammel Hosen, superintendent of the jail, confirmed the news.

The other three are the witnesses of the two cases filed by police with Taknaf Police Station following the incident --Nurul Amin, Nijam Uddin and Md Ayachh Uddin.

RAB arrested them on Tuesday and produced them before a court, when the three were put on remand.

The elite force, which is in charge of the probe, has taken them to Cox's Bazar Sadar Hospital for health check-up around 10:35am.

Earlier on Thursday, a RAB team went to the Cox’s Bazar prison to take four suspects into its custody, but returned without them.