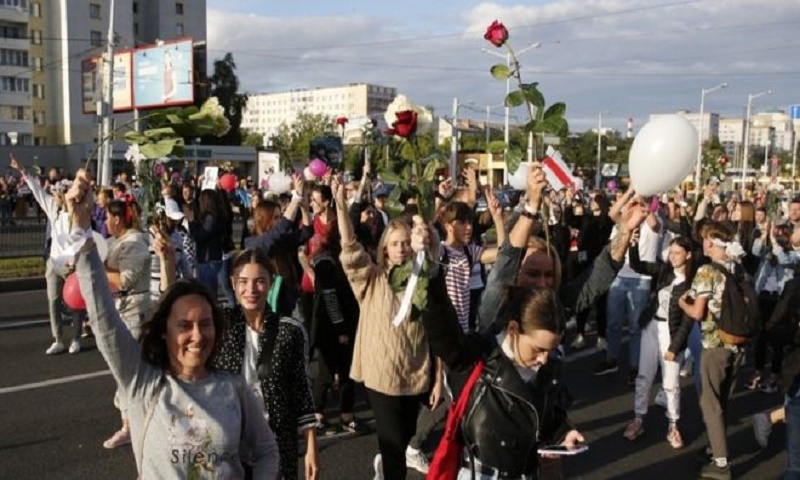 Human rights activists and monitors say there is growing evidence of police brutality against people who have been detained in Belarus as protests over the disputed election continue.

Some of the 6,700 people detained since Sunday have been released and allege mistreatment, including beatings.

Thursday marked the fifth day of protests amid widespread allegations of vote rigging.

In a statement on state television, Senate Speaker Natalya Kochanova said the president had ordered an investigation into the mass detention of protesters, and that more than 1,000 had been freed.