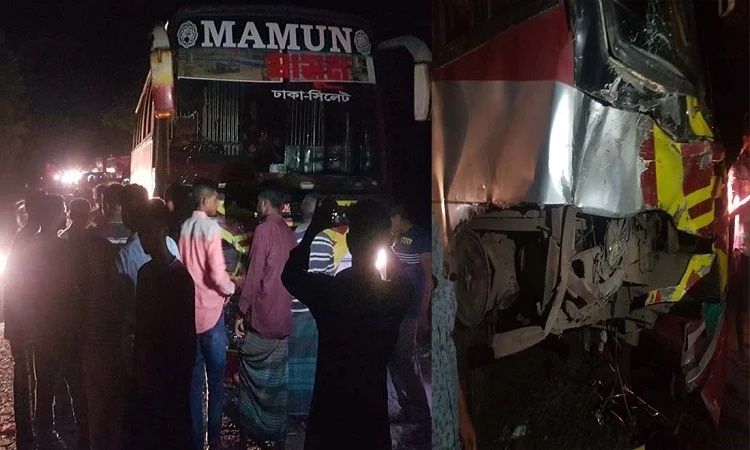 At least six people, including three members of a family, were killed and one other injured as a bus hit an auto-rickshaw in Bhanga area of Dhaka-Sylhet Highway in Sylhet's Osmani Nagar Upazila on Thursday evening.

Officer-in-Charge of Osmani Nagar Police Station Shaymal Banik said a Sylhet-bound bus of Mamun Paribahan collided with a Sherpur-bound auto-rickshaw, leaving two of its passengers dead on the spot and five others injured.

Later, four other passengers died while being taken to the hospital.

The injured is being treated at the Sylhet MAG Osmani Medical College Hospital, the OC said.