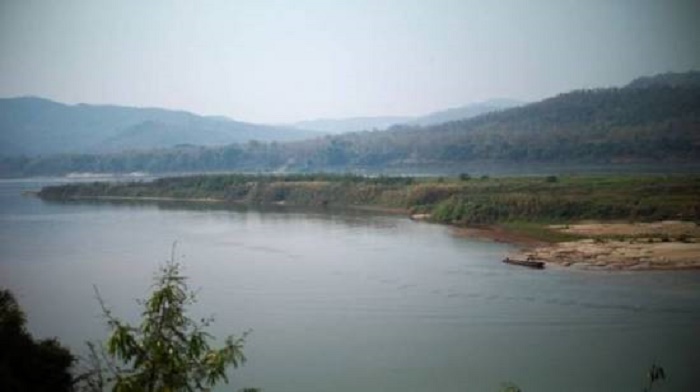 With Beijing overtaking Washington in both spending and influence over downstream countries, the Mekong River has become a new front in the U.S.-China rivalry, according to environmentalists and officials.

It’s a confrontation in which the Donald Trump administration is losing ground.

The two powers’ struggle recently moved into the realm of science — with the U.S. and Chinese governments each touting different reports about whether China’s 11 dams on the river were harming nations downstream.

China’s dams have given it extensive control of the waters that flow down to Laos, Myanmar, Thailand, Cambodia and Vietnam, which have long depended on the river for agriculture and fisheries and it is this control that enables China to exclude the United States from a role after decades of promoting Mekong projects as a way to exert its influence in the region.

“This is becoming a geopolitical issue, much like the South China Sea, between the United States and China,” said Witoon Permpongsacharoen of the group Mekong Energy and Ecology Network.

The state of the Mekong is an urgent worry for the 60 million people who depend on it for farming and fishing as it flows from China, where it is known as the Lancang, through Southeast Asia before emptying into the sea from Vietnam’s delta.

Last year saw record drought, with Lower Mekong river levels the lowest in decades. Fewer and smaller fish catches have been reported for years. A U.S. ambassador in the region described China as “hoarding” water in its 11 dams on its upper portion of the 4,350 kilometer (2,700 mile) river.

China’s foreign ministry has said any U.S. suggestion that Beijing was trying to take over the Mekong conversation was groundless.

“Countries outside the region should refrain from stirring up trouble out of nothing,” the ministry said.

The MRC’s origins can be traced back to the U.S. efforts to promote development during the Cold War. It works with the governments of Laos, Thailand, Cambodia and Vietnam to foster the sharing and sustainable development of the river and its resources.

The U.S.-China rivalry broke into a war of words after a Washington-funded study in April concluded that China’s dams held back waters during last year’s drought.

The study by Eyes on Earth, a U.S.-based research and consulting company specializing in water, built a prediction model based on satellite imaging and MRC data that it said showed “missing” waters downstream, starting in around 2010.

U.S. Ambassador to Cambodia Patrick Murphy said he was “quite surprised” at the stark findings.

“To learn that a primary source for the diminished level of the Mekong, and changes in the Mekong in the Lower Mekong region, is what’s happening upstream in China — with essentially the hoarding of water,” Murphy said.

China reacted with outrage, with its embassy in Thailand denouncing the study as “politically motivated, aimed at targeting China with ill intent” — a charge its author and U.S. officials denied.

Then, China’s Global Times published an article about a Chinese study it characterized as disproving the Eyes on Earth report. “River dams in China helped alleviate drought along Lancang-Mekong, research finds,” read the headline in the newspaper published by the People’s Daily, the official newspaper of China’s ruling Communist Party.

Researchers will argue about the science, but for the Lower Mekong countries, it comes down to trust and power.

“They rely on China now for a life-giving resource, and it’s very difficult for them to openly challenge the Chinese government on its dam building,” Strangio said.