Length stay in Sri Lanka should be considered as ‘teamwork’: Soumya 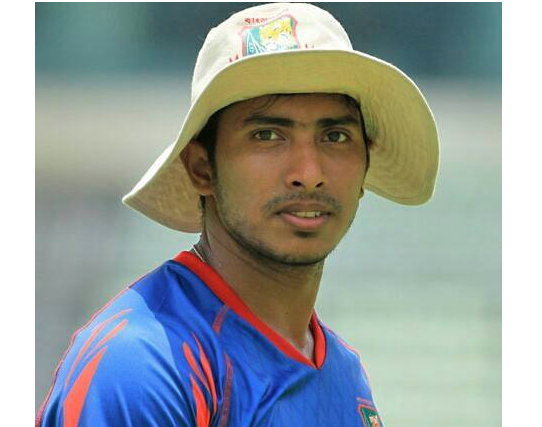 Bangladesh all-rounder Soumya Sarkar thought the lengthy stay in Sri Lanka, forced by mandatory quarantine, should be considered as teamwork as the safety always comes first in aspect of COVID-19, a deadly virus that left the world stranded.

The Tiger would leave the country on September 23, while the first of a three-match Test series in Sri Lanka is set to begin on October 24.

Therefore, Mominul Haque and his team would have to stay at least one month before the Test series starts. They have to maintain a mandatory 14-day quarantine before playing some practice games against the High Performance (HP) in a bid to make them match-ready.

Bangladesh players haven’t had any match practice since the mid-March following the outbreak of COVID-19.

“At first everything appears to be new but I think if the team goes there one month ago, they will be in practice. Safety always comes first, so I think we would consider [lengthy stay] as a teamwork,” Soumya told the reporters here today.

Soumya said he is happy that a tour of Bangladesh in Sri Lanka is confirmed amid the scare of COVID-19.

“At least we are going to start cricket, which is the pleasing thing. When I saw England playing cricket, I felt frustrated. Now I heard that one of our tours is confirmed. It’s a nice thing.”

He also emphasized on maintaining the standard health rules.

“Safety is a big issue. Our team is like our family. So we have to be safe and keep us in isolation if needed.”

Soumya last played any Test cricket in September 2019 against Afghanistan and his last ODI was against Sri Lanka in Colombo in July 2019. However he made a return to the national team with a T20 series against Zimbabwe in last March this year.

In that series, his performance was satisfactory and Soumya expected to be in Sri Lanka again for the Test series.

“Last time I played cricket against Zimbabwe in a T20 series. I will try to start afresh,” he added.

“The performance is mandatory and you have to contribute for the team’s cause. Since I am in cricket now, I will try to give my hundred percent.”