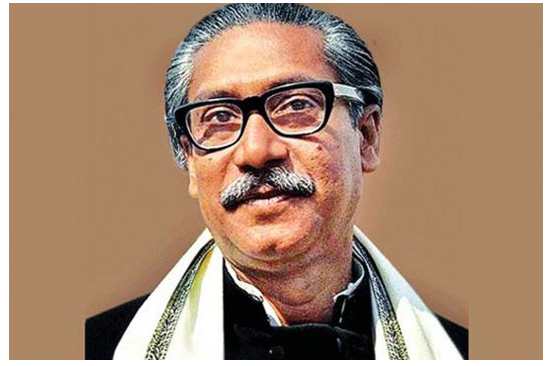 Immediately after returning home on January 10 in 1972, Bangabandhu requested the then Indian prime minister Indira Gandhi to take back their troops from Bangladesh at the fastest possible time.

“Responding to the request, the Indian government withdrew their soldiers from Bangladesh’s soil by March 12 in 1972 … such an incident was rare in the world and it had been possible for Bangabandhu’s bold and independent- minded leadership,” Prime Minister Sheikh Hasina told the Jatiya Sangsad earlier.

The prime minister said Bangabandhu signed the historic “Land Boundary Agreement (LBA)” with the then Indian premier Indira Gandhi on May 16 in 1974 to settle the 65-year-old land boundary dispute between the two next-door neighbours.

Bangladesh quickly ratified the agreement in that year but India failed to do so. Indian parliament, however, unanimously passed the LBA on May 7 in 2015, 41 years after its ratification by Bangladesh, ending the 65-year ordeal of the enclave people of both countries.

Bangabandhu enacted “The Territorial Waters and Maritime Zones Act” to establish Bangladesh’s sovereign rights in the sea. The law was framed in 1974 when there was no such a law in most of the countries in the world. Nearly eight years after the enactment of “The Territorial Waters and Maritime Zones Act” by Bangabandhu, the United Nations (UN) framed “The UN
Convention on the Law of Sea (UNCLOS)” in 1982.

The Asian Peace Conference was held in Dhaka on May 23 in 1973 under the auspices of World Peace Council where Bangabandhu was conferred “Joliot Curie Award”.

“Bangabandhu had set the cardinal principal of our foreign policy – friendship to all and malice towards none – and we are still observing and maintaining it,” foreign minister Dr A K Abdul Momen told journalists on Wednesday.

Noting that during Bangabandhu’s time the world was divided into two blocks — Western and Soviet — Momen said “after our independence, there was a natural global expectation by certain quarter that Bangabandhu will join the Soviet block for their strong support during our War of Liberation, but Bangabandhu did not join there (Soviet block) – rather he had joined the non- aligned platform”.

“Bangabandhu had adopted the non-aligned policy as he understood the reality of the world and need for Bangladesh,” Moment said adding that the main spirit of our ‘balancing foreign policy’ till date is inspired by the Bangabandhu’s diplomatic prudence.

As like Father of the Nation, he said, Bangabandhu had stabilized the country within only three and a half years by achieving recognition from around 130 counties. “It was not a simple job,” the foreign minister said.

Momen said Bangabandhu had showed his diplomatic acumen by attending NAM and OIC conferences in where he presented Bangladesh as a sovereign and independent country with a vision of peace across the globe.

“Bangabandhu had dreamt of building Bangladesh as like a peaceful non- aligned country of Switzerland … we have still been following his diplomatic dictates and we are proud of it,” Momen said.

Whenever he addressed the international forums like the UN, NAM, Commonwealth or the OIC, the Father of the Nation declared in strong voice his non-aligned foreign policy.

Bangabandhu delivered his historic speech in Bangla at the UN General Assembly in New York on September 25 in 1974 where he highlighted the main characteristics of his foreign policy. He had said that from the beginning Bangladesh undertook the non-aligned foreign policy on the basis of a policy - “maintaining peaceful coexistence and friendship with all”.

Bangabandhu in his speech said: “Only the peaceful environment could make us able to enjoy the fruits of the hard-earned national independence and gather our all strength and resources to fight poverty, hunger, disease, illiteracy and unemployment. From this concept, our commitment towards peace was born.”