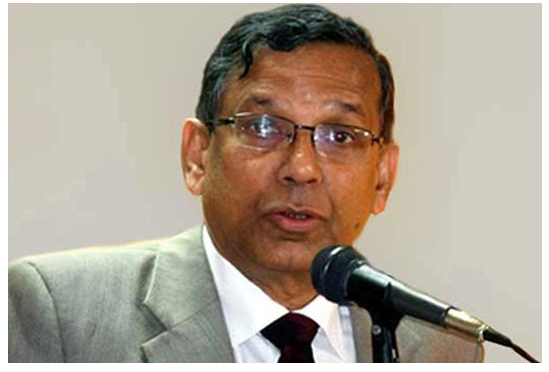 Law, Justice and Parliamentary Affairs Minister Anisul Huq said government’s efforts to track the fugitive killers of Father of the Nation Bangabandhu Sheikh Mujibur Rahman will only be ended in the repatriation and execution of the court’s sentence.

“I just want to say one thing, as long as we are not able to bring them back and execute the sentence, our attempt to locate them and bring them back would continue and that only be ended with their repatriation,” he said.

The law minister said these while addressing a virtual briefing evening at his Gulshan residence on Wednesday.

“Killer Noor Chowdhury is hiding in Canada and he told the Canadian government that he has been sentenced to death in Bangladesh. There is a law in Canada, under which they don’t send any convicted person back to any such country, where he can be executed. Taking that opportunity, Chowdhury is now living there,” Anisul said.

The law minister further said the Bangladesh government had sought documents from the Canadian government about the type of application filed by killer Noor Chowdhury seeking asylum, and why they allowed him to live in their country in line with that application.

“Canadian government had initially denied us, saying they cannot provide those documents because of their Privacy Act. We then appointed a lawyer and filed a plea with their court in this regard, Canadian court has finally said those documents can be provided,” he added.

About another convicted killer Rashed Chowdhury, the law minister said he had been given political asylum in the US, adding, “We are now observing the current situation regarding that and continuing talks about progress on the matter.”

“About the remaining three killers, we don’t know about their current whereabouts. Our search for them is on, and we think we would be successful in this regard,” he added.

Twelve ex-military officers were sentenced to death for the August 15, 1975 killing of Father of the Nation Bangabandhu Sheikh Mujibur Rahman along with most of his family members and six of them were executed by now, while one died a natural death as he was on the run abroad.