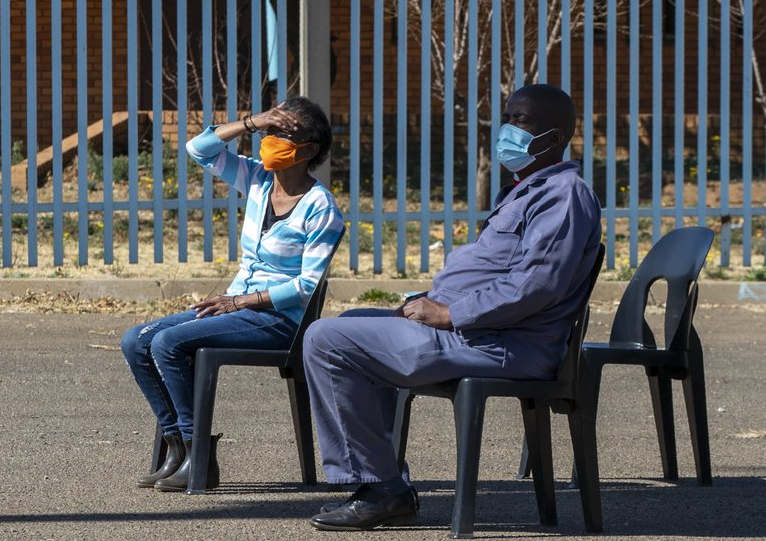 An Africa-wide study of antibodies to the coronavirus has begun, while evidence from a smaller study indicates that many more people have been infected than official numbers show, the Africa Centers for Disease Control and Prevention said Thursday.

Experts are eager to know the real number of COVID-19 cases in Africa, as confirmed cases and deaths have been relatively low on the continent of 1.3 billion people. Poor data collection, however, has complicated efforts.

But recent surveys in Mozambique found antibodies — proteins the body makes when an infection occurs — to the virus in 5% of households in the city of Nampula and 2.5% in the city of Pemba. That’s while Mozambique has just 2,481 confirmed virus cases. Further studies are underway in the capital, Maputo, and the city of Quelimane.
“What is important is far fewer people are coming down with the disease,” Africa CDC director John Nkengasong told reporters. “How many people are infected and asymptomatic on our continent? We don’t know that.”

Africa’s young population, with a median age of 19, has been called a possible factor.

The new continent-wide antibodies study will include all African countries, but the ones showing interest to start in the coming weeks are Liberia, Sierra Leone, Zambia, Zimbabwe, Cameroon, Nigeria and Morocco, Nkengasong said.

The African continent reached the milestone of 1 million confirmed cases last week, while global health experts have told The Associated Press the true number is estimated to be several times that. More than 24,000 deaths have been confirmed, and the case fatality rate is 2.2%.

The Mozambique antibodies surveys detected the virus in all neighborhoods in Nampula and Pemba, National Institute of Health director Ilesh Jani told reporters.

The groups with the highest exposure to the virus were market vendors at 10%, followed by health professionals at between 5.5% and 7%, police at between 3.7% and 6% and shop and other business employees at between 5% and 5.5%.

“We don’t know why more are not being hospitalized,” Jani said. “In Nampula we thought we would see more mortality” but there has been no increase in deaths.

He wondered whether the low death rate will continue or whether the disease “is going to become more aggressive.”

In a separate survey, researchers in Kenya who tested more than 3,000 blood donors have said one in 20 people there could have antibodies to the virus. The country has more than 28,000 confirmed cases.
But the Africa CDC director warned, “The sampling was not a very systematic sampling and we should interpret that with care.”

Nkengasong also said the Africa CDC has not been in touch with Russia about its reported vaccine for COVID-19 announced this week. African health authorities want to make sure that any virus intervention they pursue “is backed by good science,” he said, adding that “we are open to all partnerships.”