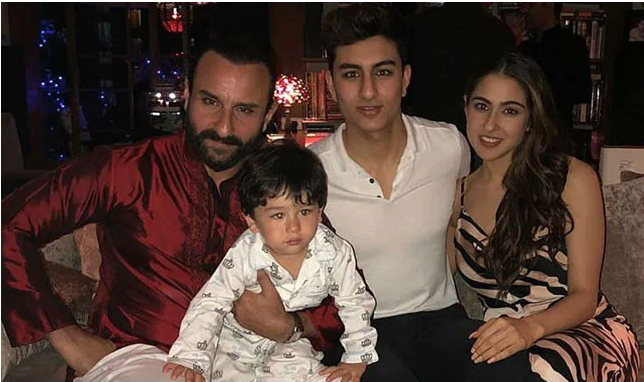 Saif Ali Khan, who is expecting another child with wife and actress Kareena Kapoor, might be a social media recluse but his sister Soha Ali Khan did share the big news on social media on Wednesday evening. Soha shared a picture of her brother Saif on her Instagram profile and she wrote: "The Quadfather. Couldn't resist! Congratulations Kareena Kapoor.

Be safe and healthy and radiant as ever." Saif's son Ibrahim Ali Khan, in the comments section of his aunt Soha's post, wrote "Abba," adding a fire emoji. Besides Ibrahim, Saif Ali Khan has daughter Sara Ali Khan (25) with ex-wife Amrita Singh, and son Taimur Ali Khan (3) with Kareena Kapoor.

Kareena and Saif announced their second pregnancy in a statement on Wednesday. "We are very pleased to announce that we are expecting an addition to our family. Thank you to all our well-wishers for all their love and support," said the star couple.

Kareena Kapoor and Saif Ali Khan got married in the year 2012 and welcomed their first child Taimur Ali Khan in 2016. They have worked together in films such as Omkara, Agent Vinod and Kurbaan.

They also shared screen space in the 2008 film Tashan, during the shooting of which they fell in love. "I remember while shooting in Ladakh and Jaisalmer, we'd go on long bike rides for some alone time. We'd enjoy the beauty, have great conversations and just bond," Kareena said in a Humans of Bombay post last year.