Unneeded expenses to be avoided during project implementation: Mannan 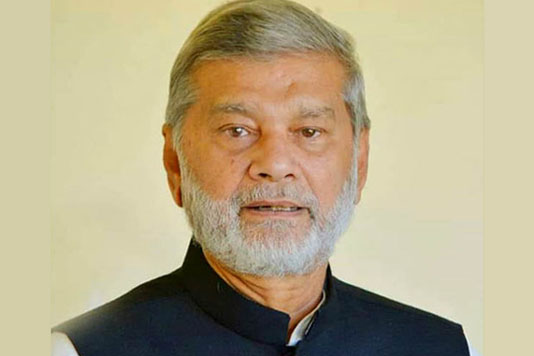 Planning Minister MA Mannan said on Thursday the concerned ministries and divisions would be more careful to avoid unnecessary expenditures and maintain austerity during the implementation of development projects for better outcomes.

“We’ve all agreed that not only in the COVID-19 situation, we’ll have to maintain austerity and avoid unnecessary expenditures always while implementing the development projects. This is very much essential,” he said.

The planning minister was briefing reporters virtually after chairing a meeting to review the progress of RADP implementation of the last fiscal year (FY20) and also to give necessary directives to implement the ADP for the current fiscal year (FY21) held at the NEC Conference Room in the city’s Sher-e-Bangla Nagar area.

A total of 29 secretaries, including the cabinet secretary and the PM’s principal secretary, attended the meeting.

Mannan said the meeting discussed in details various aspects of RADP implementation of the last fiscal year as well as taking experiences from the last year to utilize those in the current year.

He said the secretaries have raised various issues while the Planning Commission officials have made their observations.

Regarding the discussions on project costs, other associated costs like foreign tours, decorations, hospitality bills and purchasing vehicles, the planning minister said the meeting discussed those issues in detail.

He said even Prime Minister Sheikh Hasina on various occasions had cautioned about the misuse of funds and unnecessary expenditures as “unacceptable.” The premier also discouraged too much revision of projects.

“The Prime Minister and we also think that too much revision of projects can’t become a routine,” added Mannan.

Mannan said the secretaries have been asked to ensure in their line ministries and divisions that the project directors would not remain in charge of more than one project while they also remain in their project sites. “We’re all agreed in this regard,” he added.

Mentioning that the ongoing deluge has caused some damages to infrastructures and other sectors, he said after the flood recedes, all would have to work hard with double spirit as a team.

“Please all keep in mind that the Ministry of Planning is not a super ministry. We don’t have such mindset to only looking for others’ (faults). We all have to work in cooperation, coordination and in cohesion,” he said.

He, however, said that the central pillar of the country’s economy, which is agriculture, has not been affected by COVID-19 while there was no such landslide in remittance inflow brushing aside the apprehension of many.

“Rather, the inward remittance flow has pilled while buyers have started to come again alongside the exploration of newer markets,” Mannan said.

Replying to another question, he said project fund is the fund of the commoners and any misuse of fund is not at all acceptable. “The government always attaches highest importance to it, whether it is COVID-19 situation or not, the public fund can’t be misused or spent unnecessarily.”

Mannan also said that the Planning Commission from now on would be more stringent than before in formulation of new development projects while the concerned ministries and divisions would also be more careful while undertaking any project.

When asked about the over estimation and alleged misappropriation of funds in development projects, he said the meeting has asked the concerned secretaries to address the issue strongly and subsequently the secretaries have assured to do so.

“We believe, you will see a strong reflection of this in the coming days,” he said.

The planning minister suggested the media to come up with facts and figures of alleged irregularities in development schemes and assured them of looking into each and every incident.