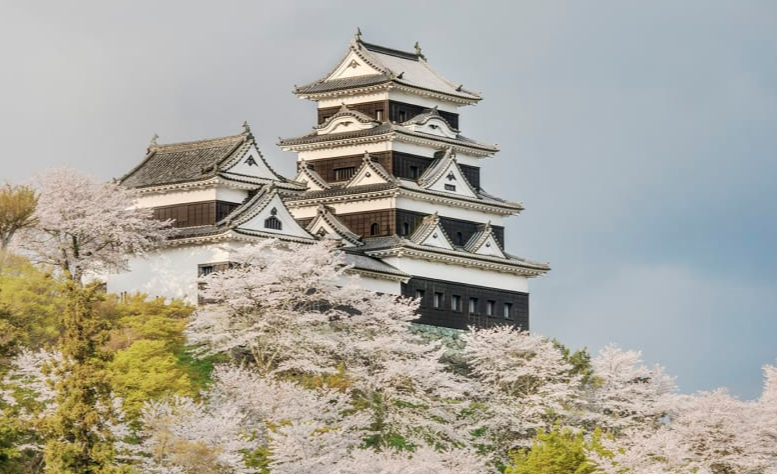 A new Japanese hotel is offering travelers a first-of-its-kind experience -- to live like a medieval lord in a real castle keep.
Ozu Castle in Ehime prefecture's Ozu town is the first and only castle keep in Japan to allow travelers to stay overnight. With a history dating from 1617, it's also one of only a handful of timber castles left in Japan.

But though transforming Ozu Castle into a hotel is a remarkable feat in itself, it's actually part of a bigger mission -- to revive a dwindling rural town.
Dubbed the "little Kyoto" of Iyo (the ancient name of Ehime prefecture), Ozu is known for its scenic Hiji River, historical architecture and the elegant four-story Ozu Castle.

But the fortunes of Ozu, like many other rural towns in Japan, have drastically dropped in recent decades.
Since the 1950s, the town has witnessed a substantial population decline, going from 79,000 residents in 1955 to about 42,000 in 2020.

"With this, comes the closure of businesses and abandoning of houses, which increases the chances of young people leaving to find better prospects," says Diego Cosa Fernandez, director of the Architecture and Culture Research Department at Kita Management, an offshoot of the city's Tourism and City Planning bureau.

"Lacking young couples, fewer children are born, and the snowball grows bigger."
Under these trying circumstances, many landlords have decided to demolish their old houses due to a perceived lack of economic value.

"In most cases, former houses became vacant lots or are used as parking lots," Fernandez tells CNN Travel. "There was a sense among locals that this trend shouldn't go on. Something had to be done."

Kita Management has become part of the solution.
An organization that strives to preserve the old houses "that were disappearing at an alarming rate," its team repurposes them sustainably and respectfully for the community.

Born and raised in Spain, Fernandez studied in Kyoto for a year after completing a degree in architecture in the early 2000s. He returned to Japan while working on his PhD on "water, architecture and history" in 2012. It was then that he stumbled upon Ozu.
"The area became the spine of my research," says Fernandez, "Little by little my local network expanded.

"All over Japan, rural settlements -- and the Japanese government -- are trying to come up with the 'magic' formula, or the right policies, to stop the bleeding. We are part of this trial-and-error scheme."