People Stage protest against Beijing near Chinese Consulate in Vancouver 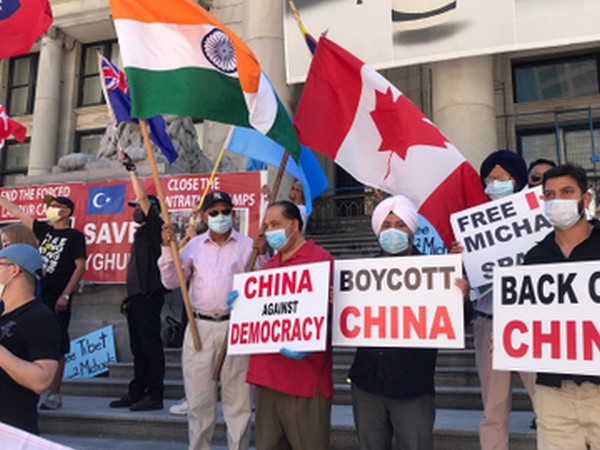 Hundreds of protestors from Tibetan and Indian diaspora took to the streets of Vancouver on July 26 to protest against Beijing, its aggressive expansionist policies, and the arrest of two Canadian citizens.

Due to COVID-19 restrictions each society was allowed to bring a maximum of 50 people only.

Protestors, majorly belonging to the Vancouver-based ‘Friends of India’ organization, had previously gathered outside the Chinese consulate in Vancouver on July 4, calling for the release of detained Canadians — Michael Spavor and Michael Kovrig — in China.

The protestors were of the view that their group is getting bigger and societies from other communities have also started joining them as well.