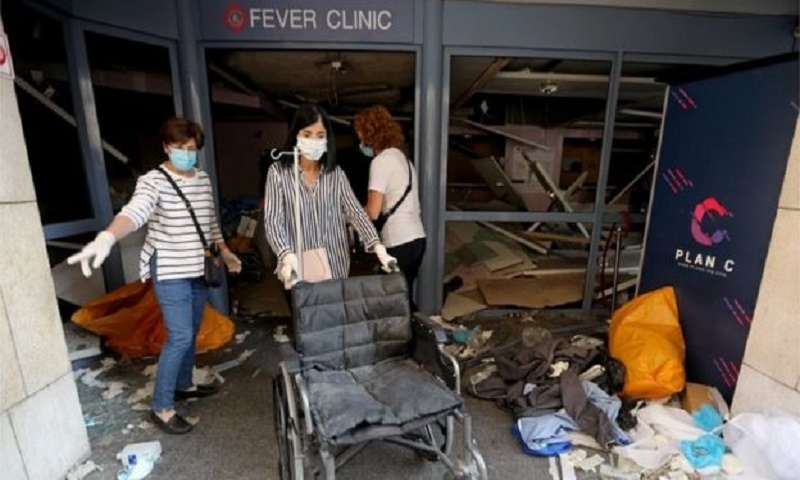 The damage caused by last week's deadly explosion in Beirut continues to hamper healthcare in the Lebanese capital.

The World Health Organization (WHO) assessed 55 healthcare facilities in the city and found that half of them were "non-functional".

Three major hospitals had to close and three more had to reduce their capacity following the blast, BBC reported.

The WHO also warned that in some facilities Covid-19 prevention measures were not being adhered to.

More than 200 people died and more than 6,000 were injured in the blast, according to the city's governor Marwan Abboud. The explosion was caused by more than 2,700 tonnes of ammonium nitrate stored unsafely at the city's port.

On Tuesday, people in Beirut marked the moment the blast hit exactly a week earlier.