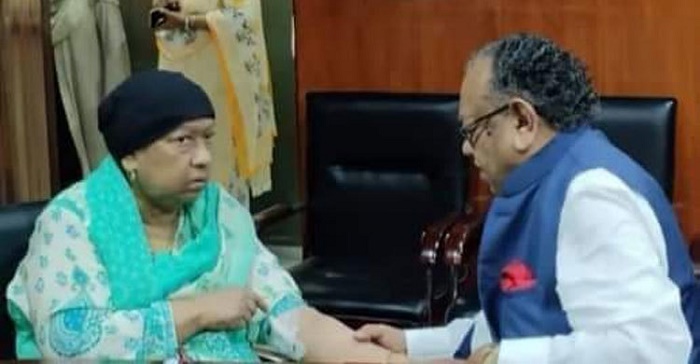 She breathed her last at Square Hospitals at around 9:45 pm while undergoing treatment.

Ruhal, Member of Parliament (MP) from Satkhira-3 constituency, confirmed the news through a status posted on his Facebook page.

She had been suffering from cancer for a long, the minister said.

Ela left behind her husband, a son, a daughter and a host of well wishers to mourn his death.

The first namaz-e-janaza of the minister’s wife was held in Dhaka.
She will be buried at the family graveyard at Nolta in Satkhira following the second namaz-e-janaza after Asr prayer.