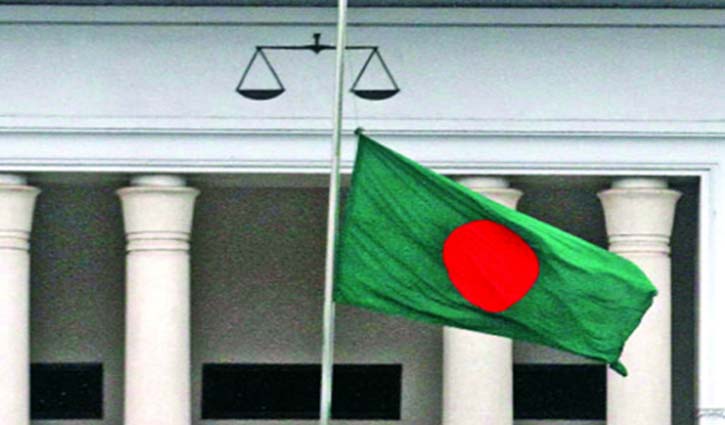 Press Information Department (PID)  issued on Wednesday a statement detailing the flag hoisting procedure as the government reminded all to keep the national standard half-mast to observe the 45th martyrdom anniversary of Father of the Nation Bangabandhu Sheikh Mujibur Rahman and National Mourning Day on August 15.

“The national flag will be hoisted half-mast across the country on National Mourning Day on August 15,” an official release said.

The PID simultaneously elaborated the hoisting ceremony saying the national flag would have to be first revealed fully with the sun rise on the day and then it would have to be lowered to half-mast position.

The statement also urged all to use the national flag with proper measurement as pointed out in the country’s constitution.

“The ‘National Flag’ will be in bottle green and rectangular in size in the proportion of length to width 10: 6 bearing a red circle on the body of the green. The red circle will have a radius of one-fifth of the length of the flag,” the constitution read.

In line with the practice, the national flags are hoisted half-mast atop all government, semi-government, autonomous, private buildings and Bangladeshi diplomatic missions abroad in observance of the day.