Covid-19 vaccine to be ready for use in 14 days: Russian Minister

Russian Health Minister Mikhail Murashko has said that the first batch of the coronavirus vaccine will be produced and ready for use in just two weeks.

"Today, quality control tests are underway. Within two weeks, the first batch of the drug will be released and will be delivered for [vaccination of] medics in health risk groups,” he said Wednesday, reports Sputnik News.

The vaccine, dubbed "Sputnik-V", was developed by the Gamaleya Research Institute. The name pays homage to the world's first satellite launched by the Soviet Union.

Its mass production has already begun at AFK Sistema's Binnopharm pharmaceutical factory, the report said. The total output of the drug is expected to reach 500 million doses in the first 12 months.

Murashko said the vaccination will be voluntary for everybody, including medics.

He said a special tracing app is now in development which will allow Russians to confirm the state of their health. The app will also monitor possible adverse effects of the drug for those who took the vaccine.

Murashko has not ruled out the possibility of exporting the drug and noted that criticism of the vaccine abroad is baseless and caused by the fear of fair competition.

"Foreign colleagues, who apparently felt a certain competition, saw the advantages of the Russian drug. [They] are now trying to express some opinions, which, in our view, are absolutely baseless," he said.

The minister said that the vaccine's platform was previously used to produce drugs and underlined it is the safest way, picked after multiple trials. The Russian authorities earlier said the Gamaleya vaccine's two-stage plan could provide immunity against the coronavirus for up to two years.

Meanwhile, Livemint reported quoting Russian officials that they have received requests for 1 billion doses from other countries.

Russia on Tuesday became the first country to grant regulatory approval to a coronavirus vaccine. But it raised concerns among some experts.

President Vladimir Putin and other officials have said it is completely safe. The president said one of his daughters had taken it as a volunteer and felt good afterwards.

Mass roll-out in Russia is expected to start in October.

The vaccine is administered in two doses and consists of two serotypes of a human adenovirus, each carrying an S-antigen of the new coronavirus, which enter human cells and produce an immune response.

Clinical trials of the Russian vaccine are expected to start soon in the UAE and the Philippines. President Rodrigo Duterte has said he is willing to participate personally in the trial.

More than 100 possible COVID-19 vaccines are being developed around the world. At least four are in final Phase III human trials, according to WHO. 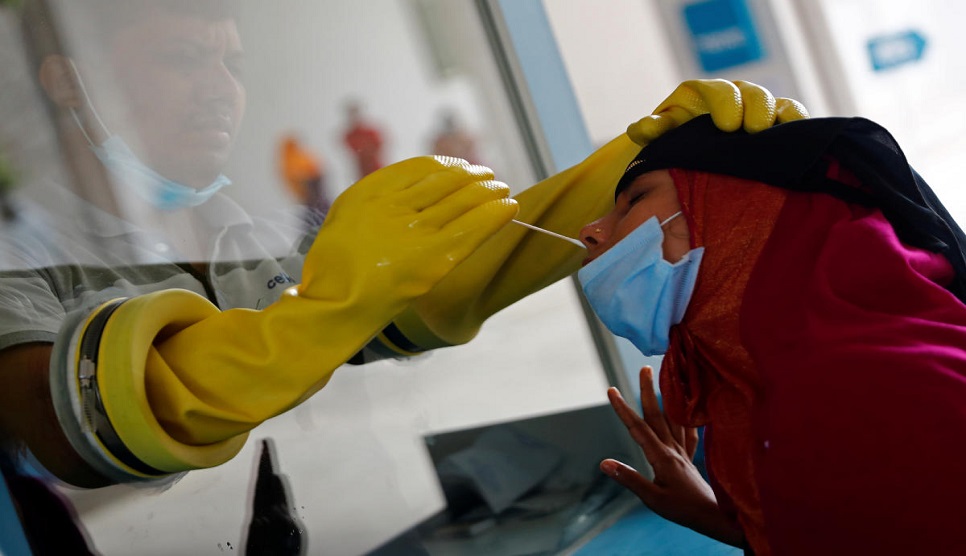