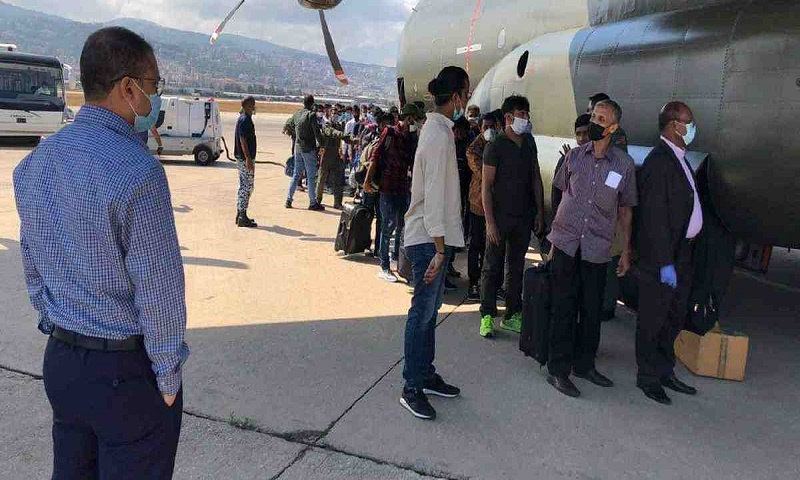 A total of 73 Bangladesh citizens will return home from Beirut, Lebanon on Wednesday morning.

A Bangladesh Air Force (BAF) aircraft, which handed over relief materials in Lebanon, will land at Hazrat Shajalal International Airport with the repatriated Bangladeshi nationals from Beirut.

Earlier, Bangladesh sent "emergency supplies" to Lebanon for the people of Beirut as a token of friendship who are trying to recover from the damage caused by the huge twin explosions.

Five Bangladeshi nationals were killed and more than 100 including 21 members of Bangladesh Navy injured in the explosions.

Some 1,50,000 Bangladesh nationals work in a number of sectors in Lebanon.