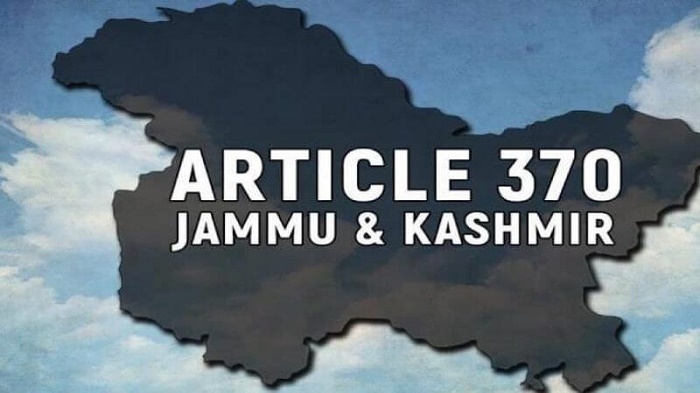 This step fulfilled a much-awaited demand of the RSS-BJP, since the days of Bharatiya Jan Sangh, whose leader Syama Prasad Mookerjee died in a Kashmir prison, campaigning against the special status of Jammu and Kashmir.

Article 370, combined with Article 35A, accorded Jammu and Kashmir special status under the Constitution of India, allowing it to have a separate constitution and a separate penal code among other legal distinctions.

Article 370 is a temporary provision in relation to Jammu and Kashmir but it continued for almost 70 years until Union Home Minister Amit Shah brought resolutions in Parliament last year. The special status of Jammu and Kashmir, and its reorganization came into effect on October 31.

Additionally, there was Article 35A in operation. Article 35A is not part of the main Constitution but finds mention in the Appendices. It, however, featured in the Jammu and Kashmir’s constitution.

Some of the key powers that Article 35A granted to the government of Jammu and Kashmir were to bar outsiders from buying property and settling down in the state. It also denied Kashmiri women their right of inheritance should they marry an outsider.

Such autonomous powers enjoyed by Jammu and Kashmir could have been changed only with the concurrence of the state constituent assembly or the legislative assembly. When the Modi government brought the two resolutions, the state was under President’s Rule, under Article 356.

Imposition of Article 356 meant that in the absence of the state legislative assembly, Parliament had the power to take legislative decisions on the behalf of the state, especially if the state government of the day was in concurrence.

The fresh presidential order that President Ram Nath Kovind issued as recommended by the Modi government, said the notification was issued “with the concurrence of the Government of the State of Jammu and Kashmir”.

The Presidential Order of 2019 superseded the one from 1954, bringing an end to the separate constitution of Jammu and Kashmir and with it, the special status it enjoyed for nearly seven decades

Once Parliament gave its nod separately in both the Rajya Sabha and the Lok Sabha, Article 370 lost its special relevance to Jammu and Kashmir. The erstwhile state was a changed state now. A Union Territory — serving as the only example of a state being turned into a lesser political and administrative unit.