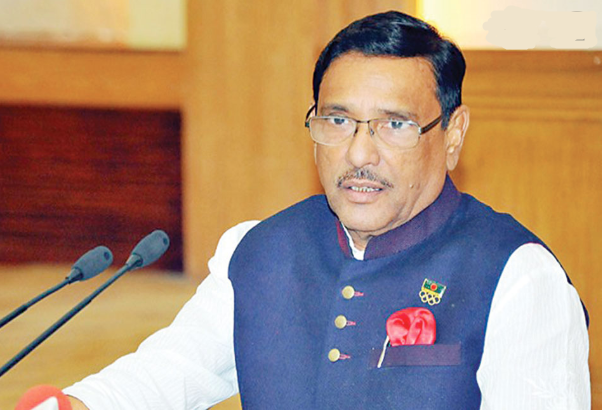 “For thousands of years, followers of different faiths have been living and practicing their respective religions in the country amid mutual harmony,” he told a function on Dhakeshwari National Temple premises on the occasion of the Janmashtami, one of the major festivals of the Hindu community.

Addressing the function through videoconferencing from his official residence, Quader said mosques and puja mandapas coexist here, while people of one religion attend the ceremonies of other religions.

At the times of danger, they are cooperative and sympathetic to each other and this practice has been going on in this delta since time immemorial, he said.

Quader, also the road transport and bridges minister, greeted the people of Hindu community on this occasion of Janmashtami on behalf of the party and Prime Minister Sheikh Hasina.

Stressing the need for building a prosperous country with non-communal spirit, he said Janmashtami is the birth anniversary of Lord Sri Krishna and one of the major festivals of the Hindu community.

“The misdeeds of some confused people, in the name of religion, hurt us nowadays,” he said.

The AL general secretary said intolerance and communalism have no place in any religion in the world and in fact, those who practice communalism-militancy or extremism are making the main teachings of religions questionable.

About the Dhaka-New Delhi ties, he said apart from ensuring internal instability, one country must maintain good relations with its neighbouring countries for its development.

In international politics, Quader said, no country can move forward with bad relations with its neighbours.

“In this reality, the relationship between Bangladesh and India – the Sheikh Hasina government and the Narendra Modi government – has passed the test of time,” he said.

Relations between the two countries are bonded by the ties of 1971 and now this friendship gets warmer and more cordial than any time in the history, he added.

The AL general secretary said it is quite possible to resolve many unresolved issues easily if there is a good understanding with the neighbours and the Bangladesh-India relationship is the best example of that.

He said resolving the long-standing border issue and the peaceful exchange of enclaves have boosted mutual trust between the two countries.

Quader said there is a positive progress in the discussions on Teesta water problem and sharing of waters of other common rivers.