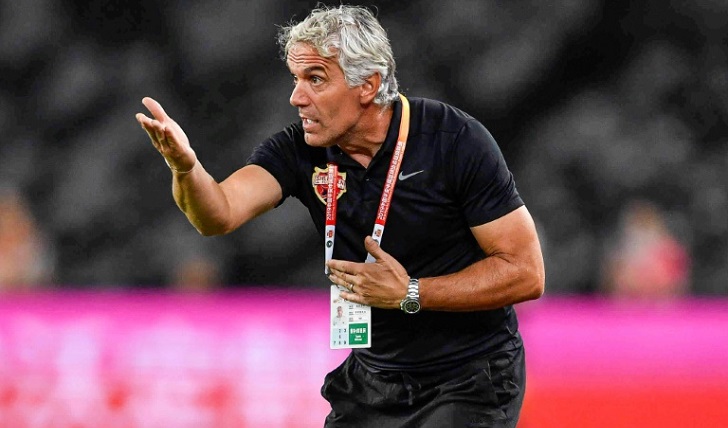 The 56-year-old Donadoni and Shenzhen split "after friendly negotiations", the club said, although local media widely reported that he was sacked.

The Italian masterminded a 3-0 win over Giovanni van Bronckhorst's Guangzhou R&F when the coronavirus-delayed CSL season kicked off last month.

But the team from China's south have lost their last three matches, the latest being a 2-1 defeat to Henan Jianye on Monday.

Although the season is still in its infancy, the former Italy international paid the price for a poor run of form stretching back to last year.

Donadoni took over at Shenzhen in July 2019 when they were already deep in relegation trouble and he was unable to prevent them dropping out of the CSL.

However, they were given a reprieve when Tianjin Tianhai folded in debt and Shenzhen were given their spot in the league.

Donadoni, who coached Italy in 2006-2008, got his only other win at Shenzhen in his second game in charge, also against R&F.