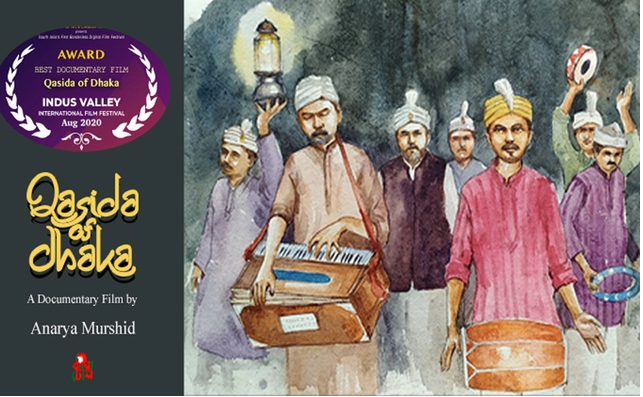 Talking about his directed film ‘Qasida of Dhaka’, Anarya Murshid said, “There are so many folk traditions in our country like the Qasida that we may not be able to salvage. But I can save and let the world know”.

Thanks to the production company Bangladhol as they have encouraged me to do the job, he added.

JayantoChattopadhyay is narrator of the ‘Qasida of Dhaka’ while RassellAbedin Taj is cinematographer, Anoy Sohag editor and Prince Shuvo is the music director of this documentary.