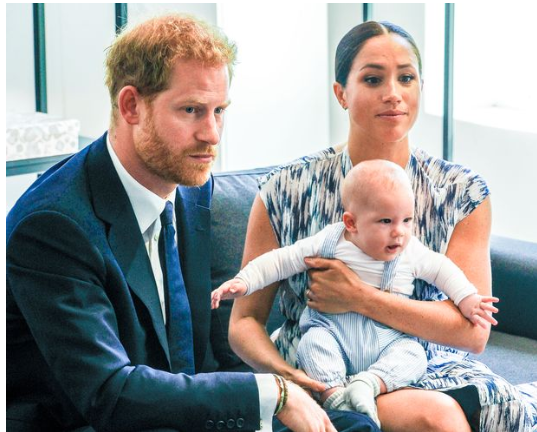 Meghan Markle and Prince Harry were forced to sack Archie's nanny after she was "unprofessional and irresponsible" on her second night working for them.

The couple initially didn't want any help raising their little boy, who was born in 2019, however after Meghan's mum Doria moved back to the US they changed their minds.

However they had a bad experience with the first woman they employed and they were unhappy with her behaviour, which ultimately affected their trust of the second person they took on.

In their new biography about the couple Finding Freedom, royal journalists Omid Scobie and Carolyn Durand explain that Meghan and Harry have had three nannies overall.
Speaking about what they describe as an "incident" with the first, they write: "They decided to hire a night nurse to establish a sleep schedule and be an extra pair of helping hands.

"Meghan and Harry were forced to let the nurse go in the middle of her second night for being unprofessional and irresponsible."

Despite the bad experience, Meghan and Harry decided to try another nanny.
While their second employee did a "fine job", the first "incident" had left them both nervous.

The book states: "Neither found themselves comfortable sleeping through the night without going to check on Archie regularly."

So after a few weeks they decided to let her go and take on the nighttime duties themselves.

But they still opted to keep help, hiring a new day time nanny who worked weekdays.

Unlike the Duke and Duchess of Cambridge's nanny, the Sussexes' nanny didn't live with them at Frogmore Cottage.

The book continues: "Harry and Meghan had agreed that they didn't want their home filled with staff.

"Harry had seen that situation at William's home and didn't want the same for his family.