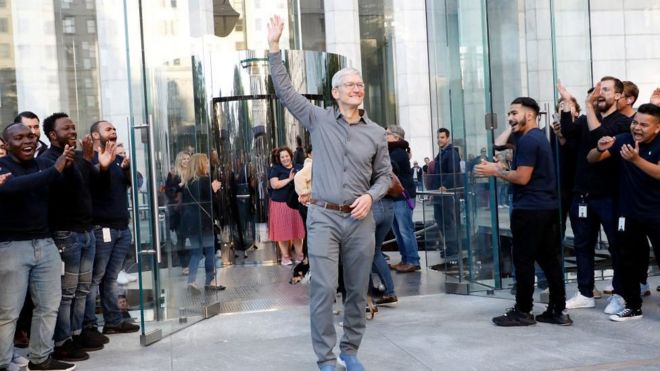 Apple chief executive Tim Cook has moved into the billionaire club as the tech firm's share price continues to soar.

Apple's market value has been on the rise following strong results and the upbeat outlook for tech giants.

Technology companies including Apple, Facebook and Amazon have seen their profits grow during the coronavirus pandemic as more people went online, BBC reported.

Facebook's Zuckerberg has made a similar pledge to give away the majority of his shares.