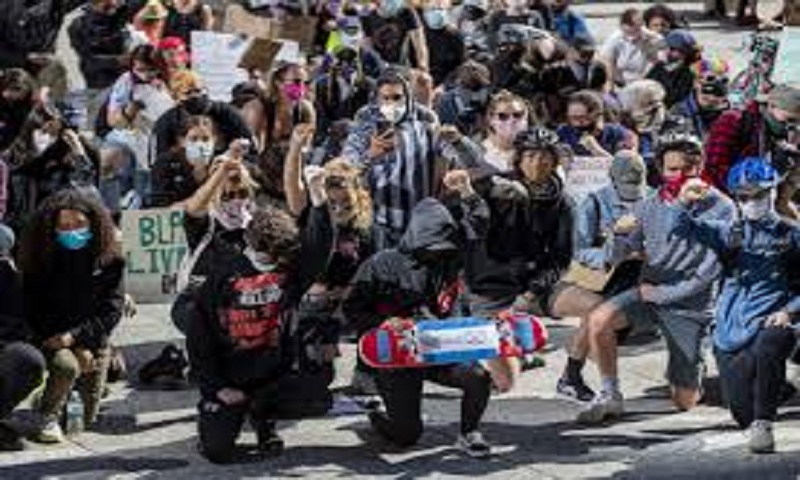 Chicago police in US will limit access to the city centre after a night of violence and looting following reports of a police shooting.

Police Superintendent David Brown said the area will be restricted from 20:00 to 06:00 and a "heavy police presence" will continue until further notice.

He said the "shameful destruction" was "fuelled by misinformation" about a suspect shot by police on Sunday.

As of Monday, Chicago police have arrested over 100 individuals for looting, disorderly conduct and battery against police, among other charges.

Officials said 13 officers were injured throughout the night, including one who was struck by a bottle. A civilian and a security guard were also injured by gunfire.