Economy getting back on track 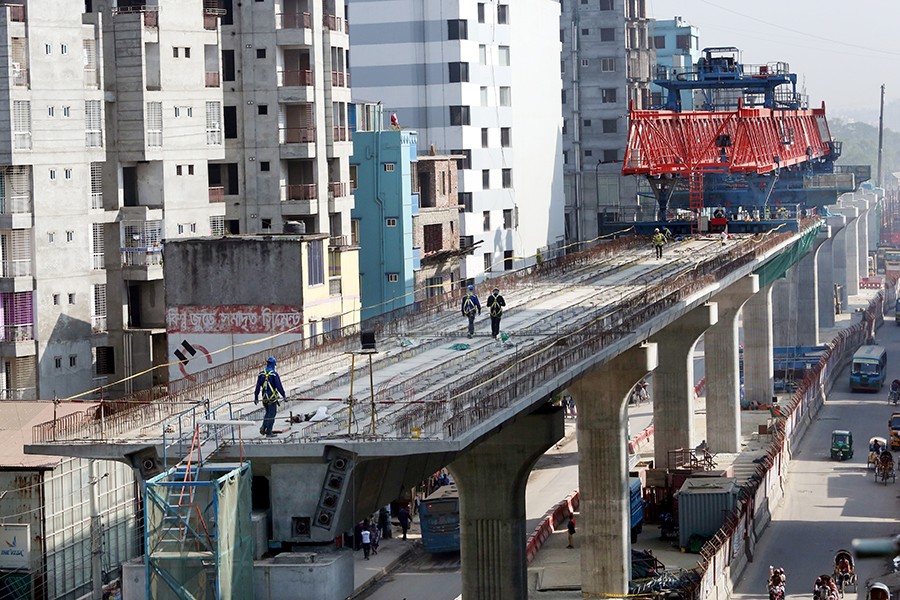 After an economic fallout triggered by the coronavirus pandemic over the last six months, the country’s shattered economy has started rebounding with the gradual reopening of trade, manufacturing and business activities.

Positive trends in export, remittance, foreign reserves and industrial operations have given the economy a boost to overcome the slowdown caused by the global pandemic.

As people start coping with new normal amid the corona crisis, business activities and manufacturing of industrial units and SMEs have resumed at almost full scale in July.

In the first month of the current 2020-21 fiscal, two key indicators — export and remittance — have brought good news for the economy.

Most of the export-oriented industries are now busy with orders that they lost during the first five months of this year.

With the reinstate of orders from global buyers, Bangladeshi exporters bagged $3.91 billion in July. This figure is the highest single-month export earnings in the last few years.

Export earnings in the first month of the current fiscal grew by 0.59 per cent or $23.06 million year-on-year from $3.88 billion. Surprisingly, the earnings were 13.39 per cent higher than the strategic target set by the government.

Besides, the country’s remittance reached a new height in the first month of this fiscal despite the global pandemic.

Expatriate have sent home $2.6 billion in July alone – the highest-ever remittance received in a single month – despite a global economic crisis.

Sluggish import is also increasing as development projects are gaining pace and foreign trade is recovering from the slowdown caused by the global crisis.

Most of the manufacturing units, SMEs and business entities have resumed operations defying many challenges over the last few months.

The business community believes that there is no alternative to reopening trade and business as the slowdown has been taking a heavy toll on business and employment.

They also said the government is also easing rules and regulations to bring back trade and business to their earlier shape to save the economy.

Sazedur Rahman, owner of KPC Industry —a leading company in the paper cup sector—said his company has been working at limited scale despite the corona crisis.

“Since June, my factories are running at full capacity. We have to cope with the situation and run business for the sake of saving jobs and keeping the economy rolling,” said Sazedur Rahman.

As everything is becoming normal, operation of factories are becoming normal like before which is a good sign for the economy, said Nurul Islam, giving credit to the government for taking timely measures to help revive businesses.

Syed Nasim Manzur, Managing Director of Apex Footwear, said the cost of doing business has increased amid the coronavirus pandemic. He also suggested taking timely measures to keep the wheel of the economy on track.

A recent survey conducted by the South Asian Network on Economic Modeling (SANEM) also indicated an improvement in business confidence.

The survey showed that the overall business status in April-June 2020 was extremely poor and all sectors suffered.

The business confidence for July-September 2020 showed improvement compared to the April-June period. The major improvement is seen for the textile, pharmaceutical, wholesale, restaurant, ICT and financial sector, the report said.