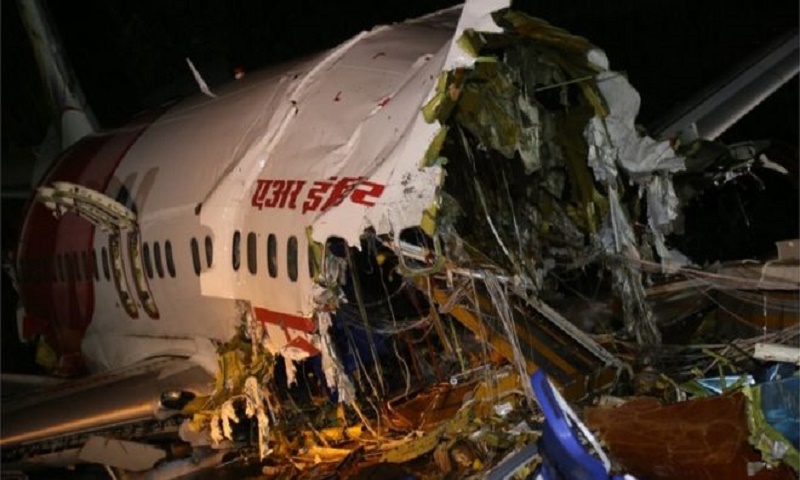 The accident killed 18 people, including the two pilots

A survivor from last week's plane crash in the southern Indian state of Kerala has spoken to BBC Tamil about the dramatic moments leading up to the accident and what happened after.

"We heard the pilot through the speaker. He was saying ‘Calicut land,’ but his voice disconnected before he could finish the sentence. Two or three minutes later, we crashed.”

This is how Yuojin Yusuf recalls the night of 7 August. He was among 190 passengers aboard an Air India Express plane that skidded off the table-top runway at the Kozhikode (formerly Calicut) airport in bad weather. The aircraft broke in two pieces, killing 18 people, including the two pilots.

Mr Yusuf, who was seated at the back of the plane, sustained injuries, but survived, BBC reported.

The incident is India's worst passenger air crash in a decade. One official said it was a “miracle” the toll was not higher.

Mr Yusuf said that about 45 minutes before the plane was due to land, passengers started putting on their seat belts.

But 20 minutes later, the flight was still mid-air, going around in circles. “I thought maybe the bad weather meant the pilot couldn’t see the runway to land,” he said.

Kerala has been in the grips of a severe monsoon, which has wreaked havoc in some parts of the state. On the day of the crash, floods in the state's Munnar district triggered a massive landslide killing some 40 people. Dozens more are still missing, feared dead.

What do we know about the crash?

Flight IX 1134 was carrying 184 passengers, including 10 infants, and six crew when it attempted to land at the airport in Kozhikode.

The Boeing 737 aircraft crashed at 19:40 local time (14:10 GMT) on Friday. Indian media said the pilots could not see the runway during a first attempt at landing due to heavy rain.