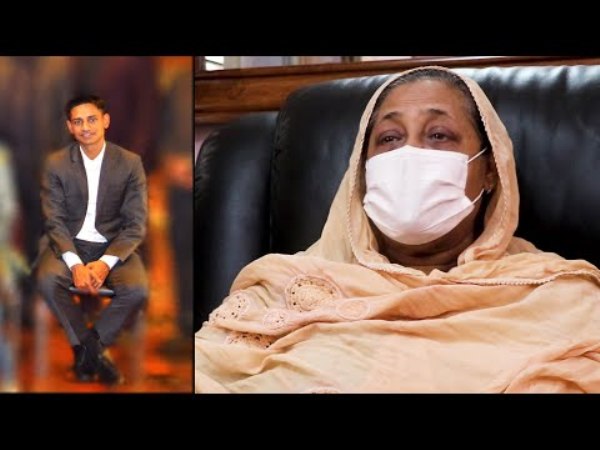 Nasima Akhter, mother of slain major (retd) Sinha Md Rashed Khan, has expressed satisfaction with the pace and mode of investigation into her son’s murder.

She was addressing a press briefing at her residence at Uttara in the capital on Monday.

“I am happy with Prime Minister Sheikh Hasina, army chief and all others who extended all-out supports in my critical time. I am also satisfied with the manner of investigation into the cases involving my son’s murder.”

“Police called me several times but never mentioned that Sinha was killed,” she told press, describing the post-killing situation.

Meanwhile, members of Retired Armed Forces Officers' Welfare Association (RAOWA) led by its chairman Major (Retd) Khandaker Nurul Afsar called on her. They expressed sympathy to the bereaved family members and inquired about various aspects of the incidents.

Speaking on the occasion, Khandaker Nurul Afsar said facts and circumstances are creating an inference that Sinha was killed.

He demanded police force to be reformed to check abuse of power by a section of officials.