Myanmar to probe deaths of two teens at juvenile centre 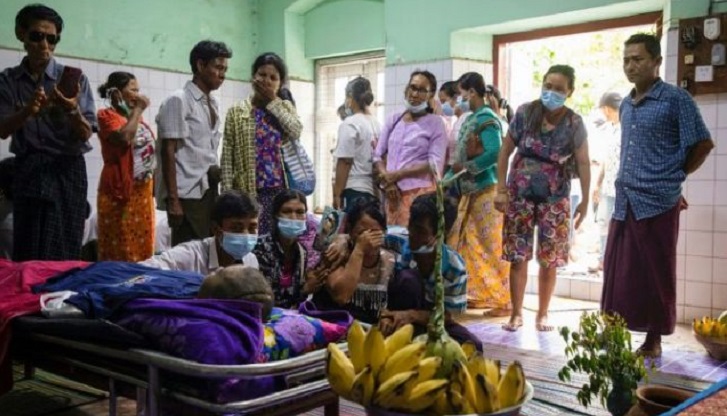 Authorities said Sunday they would investigate the deaths of two teenagers at a Myanmar juvenile centre after the family of one victim alleged abuse, in a scandal plaguing the country's notorious detention system.

Myanmar's state-run juvenile centres, like its prisons, have faced long-running complaints of overcrowding, poor sanitation and a lack of food.

They arrived at the facility and escaped just days later, according to state-run newspaper Global New Light of Myanmar. Both died after being recaptured.

The regional government of Mandalay and the Social Welfare Ministry which oversees the country's juvenile detention centres both said Sunday they had launched investigations.

The families were suspicious of the injuries found on the bodies of both boys.

The Myanmar National Human Rights Commission has already announced it will conduct an investigation into the causes of the deaths.

"The children have to govern themselves and it has become like a prison," he told AFP.

The ministry's head, San San Aye said CCTV footage showed the boys "fighting in the compound" with older detainees, but did not say whether that led to the deaths of the two teenagers.

Myo Thit, who will chair the Mandalay government's investigation, said it was speculation to suggest fighting was the cause.

Instead, he said, the boys may have died because they dived into a creek near the juvenile centre when they escaped.