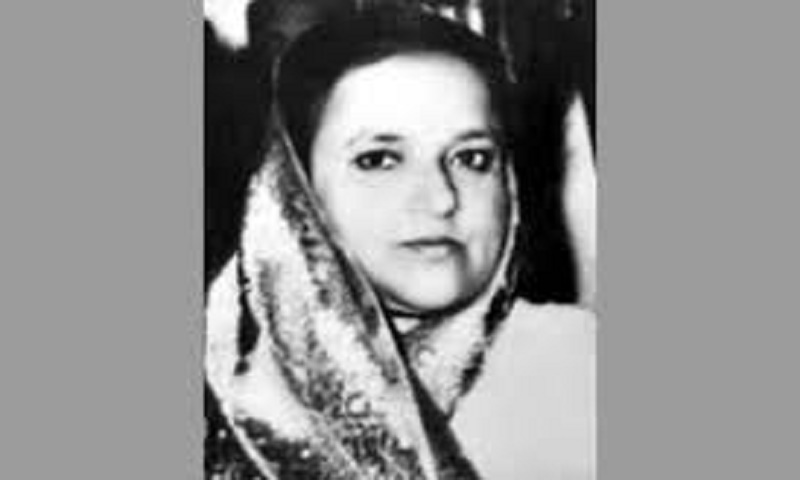 The 90th birth anniversary of Bangamata Begum Fazilatunnesa Mujib was observed across the country on Friday with due respect.

Fazilatunnesa, wife of Father of the Nation Bangabandhu Sheikh Mujibur Rahman and mother of Prime Minister Sheikh Hasina, was born at Tungipara village of Gopalganj district on August 8 in 1930.

Begum Fazilatunnesa, who had played a pivotal role in nation building activities and struggled for an independent Bangladesh staying beside Bangabandhu, embraced martyrdom along with Bangabandhu and other family members in a brutal predawn attack by some disgruntled army personnel on August 15 in 1975.

The Ministry of Women and Children Affairs took elaborate programmes to observe the 90th birth anniversary of Bangamata nationally with the theme “Bangamata is courageous symbol of sacrifice and beauty”.

The ministry organized a discussion marking the anniversary at Shishu Academy. Prime Minister Sheikh Hasina addressed the discussion as the chief guest through virtual media from her official Ganabhaban residence in the city.

Awami League (AL) Presidium member Begum Matia Chowdhury presented a keynote paper in the discussion with State Minister for Women and Children Affairs Fazilatun Nessa Indira in the chair. A documentary on life and works of Bangamata was screened in the discussion.

To mark the day, Prime Minister Sheikh Hasina through

Earlier, the day-long programme began in the morning through placing of wreaths at Bangamata Fazilatunnesa Mujib’s grave by Awami League (AL) general secretary and Road Transport and Bridges Minister Obaidul

Quader and other leaders.

Sabur were present, among others, on the occasion.

At the same time, medical and protective materials were given to different district hospitals, upazila health complexes, eight COVID-19 hospitals and 500 front fighters (doctors) against coronavirus.

Besides, Krishak League organized a discussion and doa mahfil at AL central office in the city Bangabandhu Avenue, marking the 90th birth anniversary of Bangamata while AL Joint General Secretary and Information Minister Dr Hasan Mahmud addressed the function as the