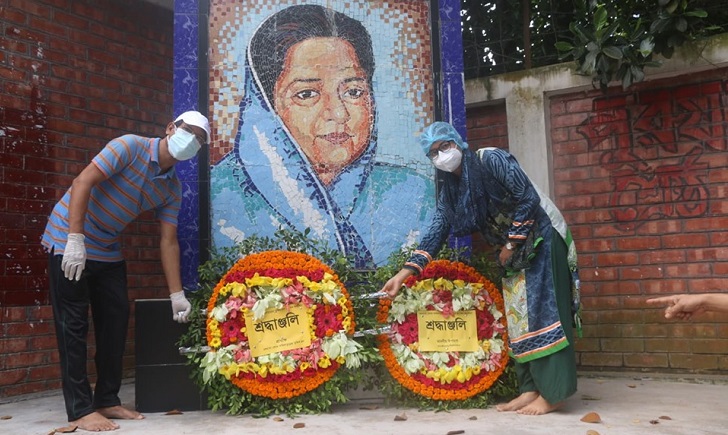 The 90th birth anniversary of Bangamata Sheikh Fazilatunnesa Mujib, wife of Father of the Nation Bangabandhu Sheikh Mujibur Rahman, was observed on Saturday at Jahangirnagar University (JU) campus with due respect and befitting manner.

To mark the day, JU Vice-Chancellor Professor Farzana Islam paid homage by placing a wreath at the portrait of Bangamata on Bangamata Begum Fazilatunnesa Mujib hall premises in the morning.

During placing wreath, JU VC Professor Farzana Islam said “Bangabandhu and Bangamata are inseparabl. Bangamata's contribution to Sheikh Mujibur Rahman becoming Bangabandhu and father of the nation was immense. We commemorate her cooperation in all aspects of the political life of Bangabandhu”.

JU Proctor A S M Firoj Ul Hasan, provosts of different dormitories and other teachers of the university were present, among others.