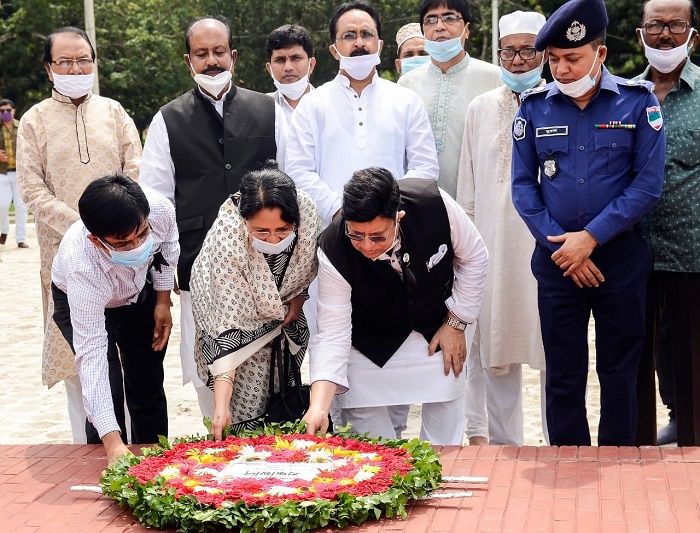 He made the call after placing floral wreaths at the Mujibnagar Memorial in Meherpur on Saturday. He paid tribute to Father of the Nation Bangabandhu Sheikh Mujibur Rahman and other national heroes who contributed to the country’s liberation.

A group of disgruntled army officials killed Bangabandhu and most of his family members on August 15, 1975.

Four national leaders were also killed inside the Dhaka Central Jail within a few months into the assassination of Bangabandhu.

The killers wanted to render newly-liberated Bangladesh into a country devoid of leaders.

Many of the Bangabandhu killers also took part in jail killings and are convicted in both cases.

About five others, foreign minister said whereabouts of two are known to Bangladesh government which is in contact with the host countries for their deportation. Of them, Rashed Chowdhury lives in USA and Noor Chowdhury in Canada.

Bangladesh government is in the dark about location of fugitive killers-- Khandaker Abdur Rashid, Shariful Haque Dalim and Moslehuddin Khan.

“We know whereabouts of two out of five fugitive Bangabandhu killers. One is living in the USA and the other in Canada. The government is trying to bring the duo back home,” he said.

Abdul Momen also said the government has tasked foreign missions to gather information as to the three others.