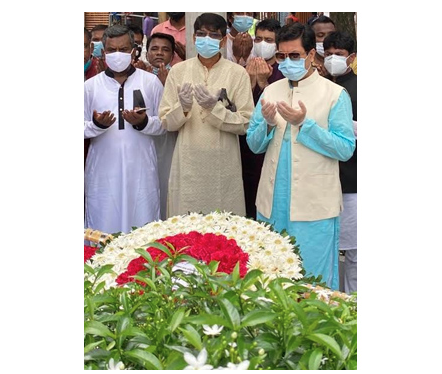 He told reporters after paying homage to Fazilatunnesa Mujib on her 91st birthday at Banani Cemetery on Saturday.

Taposh said, when Bangabandhu Sheikh Mujibur Rahman was in jail, Fazilatunnesa Mujib dedicated herself to the Bengali nation and quietly worked organized the Bengali freedom movement and liberation war. But her contribution was not published in that way. Today we can learn a lot from history.

Perhaps, without her sacrifice and contribution, this huge achievement would not have been possible for Bangabandhu Sheikh Mujibur Rahman,he added.