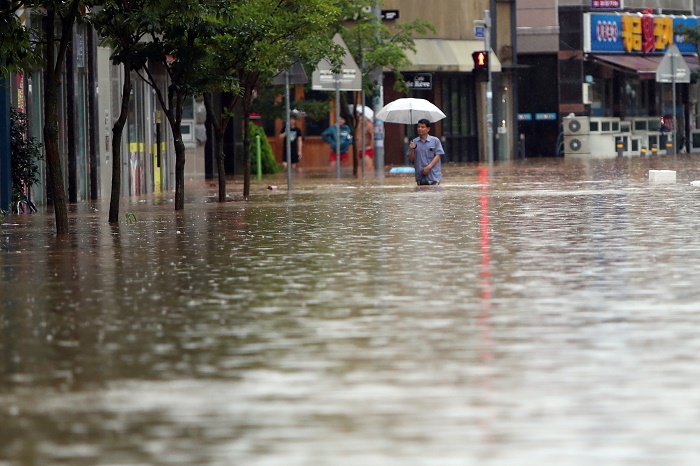 South Korea’s death toll from heavy rain, which continued since last Saturday, rose to 21, with 11 missing and seven wounded as of 6 a.m. local time Saturday, according to the Central Disaster and Safety Countermeasure Headquarters.

The torrential rain spread from the country’s central region, including Seoul and its surrounding metropolitan area, to the southern region Friday.

The government has designated seven cities and counties in the central region as special disaster zones to provide a rapid assistance of the central government.

Two people were dead and five missing in two incidents of boat capsizing, but they were not included in the death toll as the cases were categorized as a marine accident.

A total of 3,059 people from 1,853 households were forced to evacuate homes across the country. Among the total, 1,433 residents still failed to come back home.

About 8,439 hectares of farm land were swamped or buried, while 8,246 cases of property damages were reported including 3,605 private assets and 4,641 public facilities.

About 72 percent of the damaged properties got restored in an emergency manner.