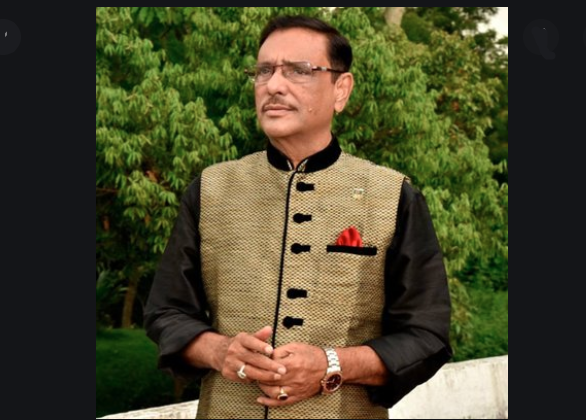 Awami League General Secretary Obaidul Quader  said on Saturday Bangamata Sheikh Fazilatunnesa Mujib was not only the wife of Father of the Nation Bangabandhu Sheikh Mujibur Rahman but also his constant political associate.

“Bangamata played a vital role from behind the scene in Bangabandhu’s political success . She was an associate of Bangabandhu in the Bangalee’s struggle for freedom,” he said.

Quader, also minister for road transport and bridges, was speaking at a virtual press briefing after paying homage to Bangamata by placing a wreath at his grave at Banani graveyard here marking her 90th birth anniversary.

He said Bangabandhu led the Bangalee’s long struggle for freedom and the Liberation War to free this soil from the subjugation of Pakistani oppressors and in that way he not only became the father of the nation and architect of independent Bangladesh but also a world-acclaimed politician and statesman.

Bangamata Sheikh Fazilatunnesa Mujib brought encouragement and strength from behind the scene for Bangabandhu in his every step and struggle, he added.