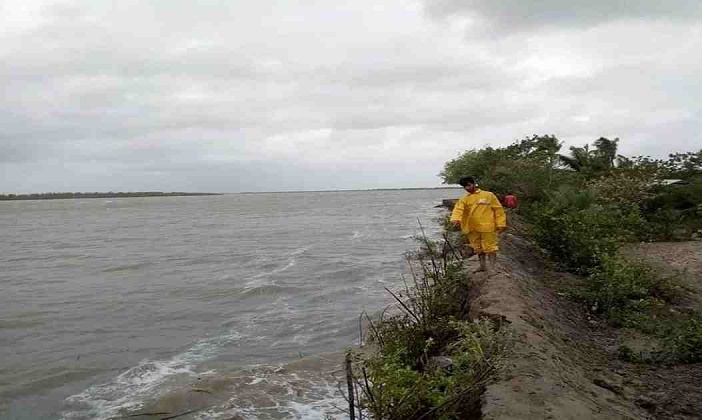 Three villages of Deluti union in Paikgaccha upazila of Khulna have been flooded following breakdown of a dam in a jalmahal due to tidal surge.

A vast tract of cropland and Aman seedbed went under water, causing worry to farmers. Besides, many fish enclosures were washed away and the floodwater also marooned around 500-600 families in the villages.

However, the lessee of the Jal Mahal has fled the area after the collapse of the dam.

Although the dam was initially repaired under the leadership of the local UP chairman, the locals are still worried.

UP chairman Ripon Kumar Mandal said that the dam has been repaired following the advice of local MP Alhaj Md Akhtaruzzaman Babu and as per the instruction of Upazila Nirbahi Officer ABM Khalid Hossain Siddiqui.

However, it is still not safe, said the UP chairman.

Locals, including the UP chairman, have urged the concerned authorities to construct a durable embankment in a short time.

If a sustainable dam is not built, the villages will be flooded again following breakdown of the dam, they said.