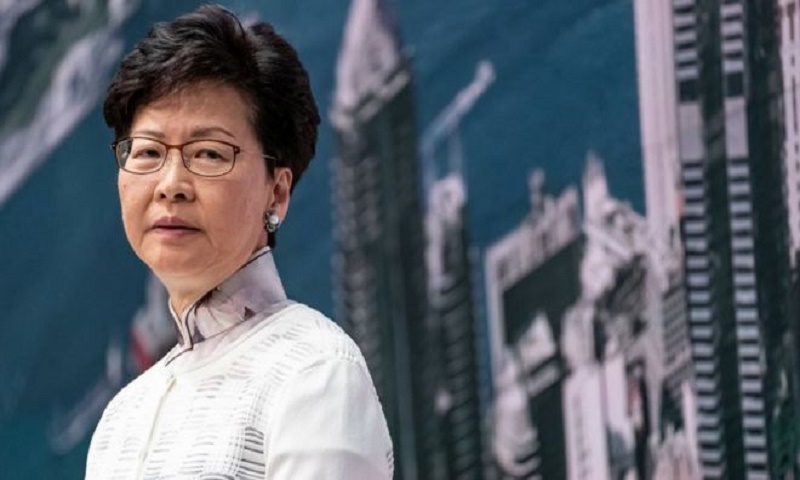 The US Treasury has imposed sanctions on Hong Kong chief executive Carrie Lam, and 10 other top officials from Hong Kong and mainland China.

"The United States stands with the people of Hong Kong," Mr Mnuchin added.

US-China tensions continue to escalate - only a few hours ago, the Trump administration moved to ban US transactions with the Chinese owners of the WeChat and TikTok apps.

Among those sanctioned are Hong Kong's police commissioner and several political secretaries.

The 11 sanctioned officials will have all property in the US seized and financial assets frozen.