Ammonium nitrate: A fertiliser under scrutiny 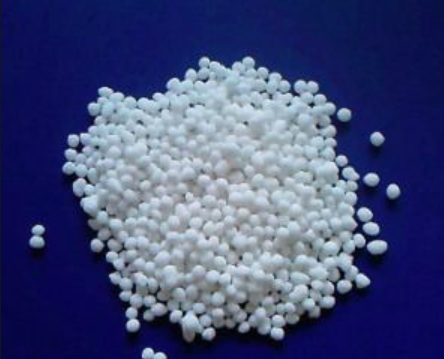 The storage of ammonium nitrate, the substance behind the deadly explosion in the port of Beirut on Tuesday, has come under increased regulation in recent years to avoid involvement of the ubiquitous product in accidents which, although rare, can be devastating.

The world’s annual production of ammonium nitrate is over 20 million tonnes for fertilisers alone, which means the amount that exploded in Beirut (2,700 tonnes) is made almost every hour.

Storing hundreds or even thousands of tonnes in the same place is frequent, and a single farmer can easily use several tonnes a year.

Analyst firm IHS says just over three quarters of the world’s supply goes to agriculture as a high-nitrogen fertiliser for crops.

The rest, in a higher and more volatile concentration, is used for explosives, particularly in mining and construction.

The substance can be found in its natural state, particularly in Chile, where it used to be mined.

But it has been synthesised since the early 20th century and is now almost exclusively produced in factories.

Most agricultural use of the chemical — more than 70 percent — is in Europe and the former Soviet Union, according to the International Fertilizer Association. 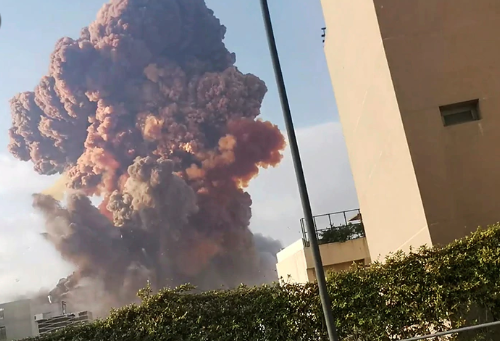 There have been a few dozen accidents over the past century, with appalling consequences.

Nearly half of the North Korean city of Ryongchon, home to about 120,000 inhabitants, was damaged in 2004 when two trains, one carrying petrol and the other ammonium nitrate, collided.

According to a European Commission memo, accidents have been recorded at production sites, warehouses and during transport.

“Even small storages of ammonium nitrate fertilisers… may place the population at high risk if proper safety measures and procedures are not fully in place,” the memo said.

Industry representatives, such as Norway’s Yara, Russia’s Eurochem and Uralchem, CF Industries of the US and Chile’s Enaex, say however that the risk is minimal when safety protocols are respected.

They point out that the substance needs to reach a temperature of just under 200 degrees Celsius before it can combust.

“Insensitive to shocks and friction, ammonium nitrate is a mediocre explosive unless it is mixed with fuels such as hydrocarbons, or if it is melted and put under pressure during, for example, a violent fire,” the French chemistry organisation Societe Chimique de France said.

According to the IHS, “there is continuous pressure around the world to regulate use and trade of ammonium nitrate because of its potential for misuse as an explosive in terrorism or for accidental detonation.”

The organisation also said that countries including Afghanistan, China, Colombia, the Philippines, and Turkey “have banned the sale of ammonium nitrate as a fertiliser”.

In Europe, stockpiles are regulated by the Seveso 3 directive, which was strengthened following an accident at the AZF plant in Toulouse, France, in 2001.

“The EU regulation does not regulate nor impose limits on the storage of ammonium nitrate. Instead, the Seveso directive has in place a tiered approach to the level of controls: the larger the quantities of dangerous substances present within an establishment, the stricter the rules,” Lukasz Pasterski, spokesman for Fertilizers Europe, told AFP.

In the US it is forbidden to store more than 2,500 tonnes in a building not equipped with automatic sprinklers.

Russia, which according to the UN’s Food and Agriculture Organization (FAO) is the world’s leading producer, also runs a tight ship according to the Russian Fertilizer Producers Association (RFPA).

“Russia traditionally has some of the most stringent requirements in the world for the safety of production, transportation, storage and use of ammonium nitrate,” the organisation said in a statement on Wednesday, saying this was evidenced by there being no reported accidents in 20 years.

According to the Russian GOST regulation, ammonium nitrate must be stored separately from other chemicals, “in closed, dry and clean warehouses”.

China also tightened security measures after an explosion in a warehouse storing ammonium nitrate and other chemicals killed at least 165 people in the city of Tianjin.

Ammonium nitrate, which is widely available and cheap, has often been used in bomb attacks.

Two tonnes of the product, combined with gasoline, was enough for American extremist Timothy McVeigh to destroy a federal building, causing damage to several surrounding housing blocks and killing 168 people in Oklahoma City in 1995.

As a result of increased regulation farmers have started switching to another fertiliser, urea, according to analysts.