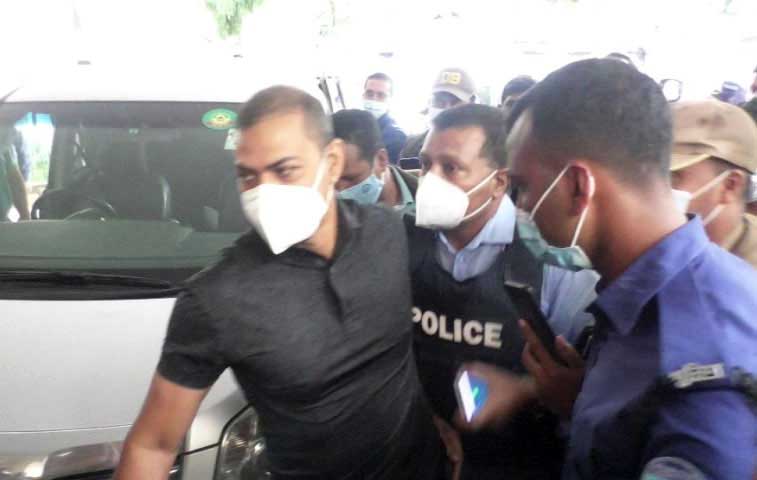 A Cox’s Bazar court on Thursday placed seven people, including Officer-in-Charge of Teknaf Police Station Pradeep Kumar Das and Inspector Liakat, on a seven-day remand in connection with the killing of Major (retd) Sinha Md Rashed Khan in Teknaf.

All nine accused were produced before the court around 5pm and Judge Md Helal initially ordered to imprison them. Later, the court heard a remand plea by RAB and granted investigators seven days to interrogate the suspects.

Senior Judicial Magistrate Tamanna Farah issued arrest warrants against all of the accused after taking the case into cognizance on Wednesday.

The authorities on Sunday suspended 21 police officials, including the in-charge of Baharchhara police outpost, in connection with the killing.