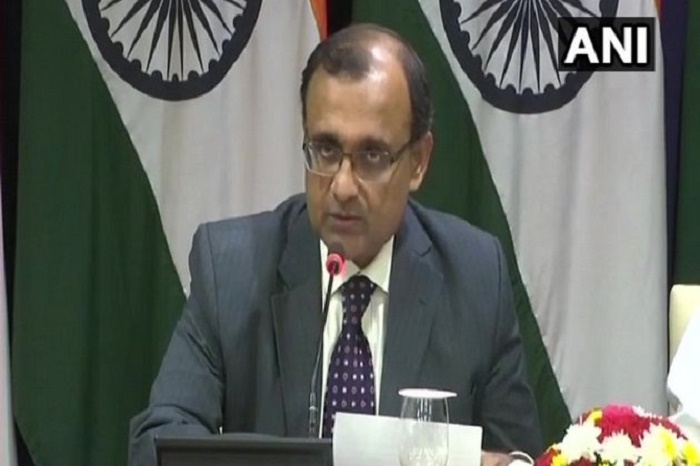 Calling Pakistan a nerve centre of terrorism, India's Permanent Representative to the United Nations, Ambassador TS Tirumurti, has lashed out at Islamabad for harbouring terror groups, saying it is home to the largest number of listed terrorists internationally and designated terrorist entities.

In an interview to ANI, Ambassador Tirumurti on Monday (local time) said terror groups such as Jamat-ud Dawah, Lashkar-e-Taiba and Jaish-e-Mohammed and Hizbul Mujahideen are continuing their operations from Pakistan.

"It's a well-known fact that Pakistan is the nerve centre of terrorism. Pakistan is home to the largest number of listed terrorists internationally designated terrorist entities and individuals, including Jamat-ud Dawah, Lashkar-e-Taiba and Jaish-e-Mohammed and Hizbul Mujahideen, they are continuing their operations from Pakistan. Let me state that the UN and its reports have reiterated the involvement of Pakistan in terrorist attacks abroad. You know, even in the recent report of the analytical support and sanctions monitoring team," he said.

Referring to United Nations' 26th report of the Analytical Support and Sanctions Monitoring Team concerning ISIS, the ambassador said there is a clear acknowledgement that the leadership and funding for the terrorist entities like Al-Qaeda, ISIS emanate from Pakistan.

India hit out at China for making yet another attempt to raise the Kashmir issue at the UN Security Council, saying it "firmly" rejects Beijing's "interference" in the country's internal affairs. "We have noted that China initiated a discussion in the UNSC on issues pertaining to the Indian Union Territory of J&K," the ministry of external affairs said.

"Under the 1267 Committee, which submits its report periodically terrorist activities of ISIL al Qaeda and its affiliates. There are several direct references to Pakistan's involvement," Tirumurti said.

"This report, clearly mentions that Pakistanis are in leadership positions of terrorist groups, for example, the report mentions by name the leader of the Al Qaeda who is a Pakistani national, the names of the head of Isil and former head again Pakistani national clearly mentioned in this report. There is a clear acknowledgement that the leadership and funding for these entities emanate from Pakistan," he added.

The UN report revealed that an estimated 6,000-6,500 Pakistani terrorists are in neighbouring Afghanistan, most of them with the Tehrik-e-Taliban Pakistan, posing a threat to both the countries.

"In another report released in May, it mentions that Pakistan based terrorists organizations Lashkar-e-Taiba and the Jaish-e-Mohammed continue to have a large presence of terrorist fighters in Afghanistan and are involved in carrying out terrorist attacks there," the Ambassador said.

Tirumurti said Pakistan Prime Minister Imran Khan has acknowledged that there are around 40,000 terrorists present in Pakistan and they have attacked neighbouring countries.

"Even in the recent resolution of the UN Security Council on the session of hostilities in the context of Covid-19, the security council has clearly recognised that they need to make an exemption for countries fighting against globally designated terrorist entities and individuals thereby in effect vindicating our position," he said.