Kashmiris suffer most at the hands of Pakistan backed terrorists, say PoK leaders 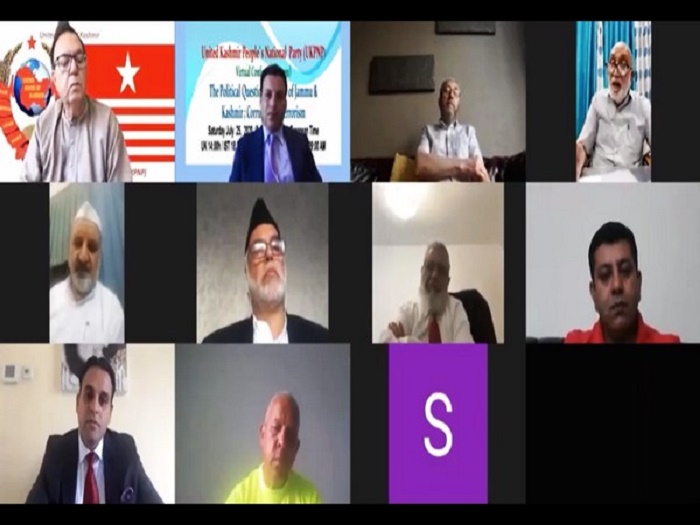 As people in Jammu and Kashmir are observing the first anniversary of abrogation of Article 370, exiled political leaders and activists from Pakistan occupied Kashmir (PoK) have accused Islamabad of instigating unrelenting violence along the Line of Control (LoC) as a part of its wider agenda of hampering peace in India.

Sardar Shaukat Ali Kashmiri, the chairman of United Kashmir People's National Party (UKPNP) said that it is the Kashmiris who have suffered most and it is they who have lost maximum in Pakistan's so-called `struggle for Kashmiris'.

While Pakistan's multiple military ambitions spanning from operation Gibraltar to Operation Topac to gain control of Kashmir were thwarted successfully by Indian security forces, its proxy war through terrorists is continuing even today.

In a webinar, many international political observers called out Pakistan saying it had the blood of Kashmiris on its hand.

Shaukat Ali Kashmiri said, "Pakistan in the year 1965 launched 'Operation Gibraltar' in which the Guerrilla troops from Pakistani Army infiltrated Kashmir and this eventually lead to a war between Pakistan and India in which the former was badly defeated and when this attempt to conquer Kashmir got failed, then again in 1988, Pakistan came up 'Operation Topac'".

All these wars were basically against the people of Jammu & Kashmir and terrorism was forcefully induced in the process and since 1988 whatever terror activities are taking place in Kashmir are all a part of 'Operation Topac', he added.

Today, Pakistan has become the epicentre of International terrorism and many times, its leaders have openly admitted that they train terrorist groups and use them as their assets and all this is done under the supervision of the state's military dictators.

Nasir Aziz Khan, another political activist from PoK, who was also present on a webinar said, "This is an open secret from where the militant and extremist groups take their training. Parvez Musharraf, the former President of Pakistan and also a military dictator has himself admitted that we have trained these groups and sent them across the border".

He even pointed out that the civilian government in Pakistan has no authority over the subjects of Defence and Foreign policy and they are being completely controlled by the military and it's going on for the last 73 years.

But, the irony is that Pakistan portrays its military, financial and logistical support to cross border terrorism as a freedom struggle that it has been leading on the behalf of Kashmiri people.

Since J&K became Union Territory on August 5, 2019, peace and development is the new mantra among the youth. However, Pakistan is trying to activate all its proxies to create instability in Jammu and Kashmir.