A-League on alert as fan tests positive for coronavirus 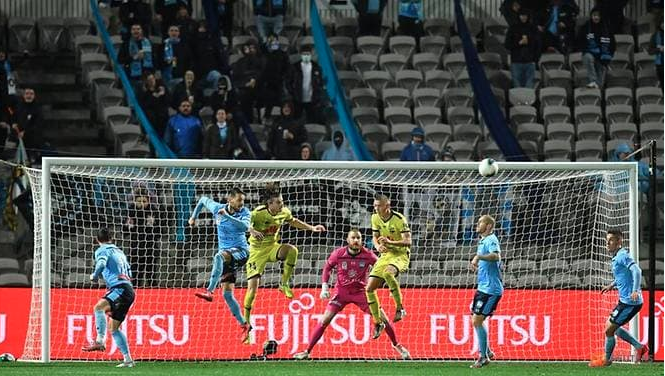 Australia’s premier football league was on alert Thursday after a fan who attended a game tested positive for coronavirus, with thousands of spectators urged to monitor for symptoms.

The Newcastle Jets said the man, with a confirmed case of COVID-19, watched their 1-0 win over Western United on Sunday night, when 2,570 people were in the Hunter Stadium north of Sydney.

It is believed to be the first positive case at a professional sporting fixture in Australia since the Twenty20 Women’s World Cup final in Melbourne on March 8.

Health authorities said he was a close contact of a teenage player at the Jets’ academy who on Wednesday also tested positive.

All of the boy’s teammates, his coach, and manager were ordered to self-isolate for 14 days, but the club said the current advice for those at Sunday’s game was only to be “alert for symptoms”.

“There is currently no need for attendees to self-isolate or get tested if they are not showing symptoms,” it said.

The A-League resumed barely three weeks ago after a lengthy shutdown due to the pandemic, with a cap on the number of fans allowed in stadiums and social distancing measures in place.

Along with football, rugby league, rugby union and Australian Rules are all back in action in Australia, with restrictions on crowd numbers and some teams in quarantine bubbles.

The Jets’ scare came as New South Wales recorded 12 new cases of COVID-19 as it battles to contain any new outbreaks, with neighbouring Victoria reporting hundreds of new infections daily.

The border between the two states has been shut and an overnight curfew imposed in Melbourne.