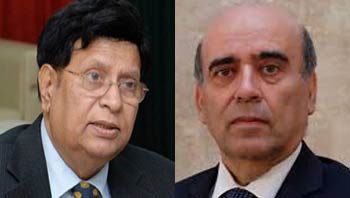 Bangladesh government has decided to send food, first aid supplies, and a medical team to Lebanon where a massive warehouse explosion killed 135 people, wounded at least 5,000 and rendered hundreds of thousands of residents homeless.

Foreign Minister AK Abdul Momen informed it to Lebanese Foreign Minister Charbel Wehbe on Wednesday when he called him to express his sympathy for those killed in the Beirut explosion.

Expressing sympathy at the huge loss of lives in the blasts, Momen said that Bangladesh is ready to provide any assistance to Lebanon on an emergency basis if necessary.

Momen also expressed his gratitude to the Lebanese government for overall cooperation, including providing treatment of Bangladeshis injured in the blast.

Meanwhile, at least four Bangladeshi citizens were killed and 21 members of Bangladesh Navy injured in a massive explosion that rocked Lebanon's capital Beirut on Tuesday.