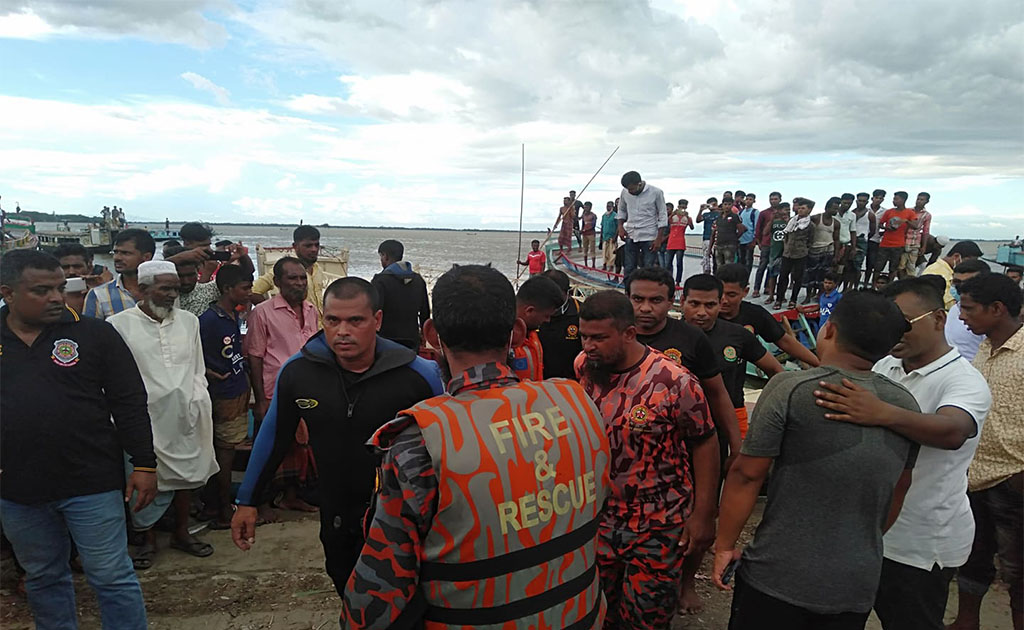 One more body was recovered from the Rajali Kanda haor on Thursday, raising the death toll from the Netrokona trawler capsize to 18.

Divers of Fire Service and Civil Defence recovered the body of Mawlana Rakibuddin, 20, at around 9:45am.

Earlier on Wednesday, a pleasure trip turned into a tragedy as 17 people drowned after a trawler capsized in Rajali Kanda haor under Madan upazila of Netrokona district.

Four of the deceased were identified as Shafiqul Islam, 40, a teacher of Gridhan Tenga Jamiul Ulum Madrassah of Netrokona, his son Samal, 10, Lubna Akhter, 10, and Zulfa Akhter, 7, daughters of Wares Uddin, a teacher of Charsirta Maksuda Sunnah Hafizia Madrasa of Mymensingh.

The trawler, carrying 48 teachers and students of the two madrassahs, sank in the waterbody around 12pm on Wednesday amid inclement weather, said Ramijul Haque, officer-in-charge (OC) of Madan Police Station.

The OC said students and teachers of the two madrassahs arrived at Uchitpur, Netrokona to visit a tourist spot there and they had been on a boat journey seeing the scenic beauty of the haor.

But the boat sank in the hoar as it was hit by strong current amid the bad weather, turning their fun journey into a big tragedy.

Later, the bodies of 17 people, including that of six children, were retrieved from the hoar.

A rescue operation is going on as one still remained missing, said the OC.

Deputy commissioner of the district Moinul Islam and the Superintendent of Police Akbar Ali Munshi visited the spot.