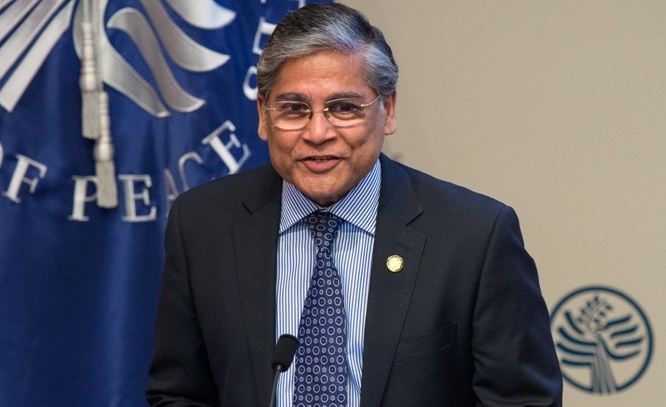 The 71st anniversary of birth of Sheikh Kamal, the eldest son of the Father of the Nation, was celebrated in a befitting manner at Bangladesh Embassy in Washington, DC Wednesday, recalling his extraordinary contributions to the national life, ranging from sports and culture to politics and patriotism.

To celebrate the birthday, the embassy organised a discussion meeting on the life and work of Sheikh Kamal, screened a documentary on his life and cut a birthday cake and special prayers.

Paying rich tributes to Sheikh Kamal, Ambassador Ziauddin characterized him as an icon of the new and future generations of Bangladeshis.

He said Sheikh Kamal devoted his time to reorganizing and modernizing Bangladesh’s sports and cultural bodies to praiseworthy level and dreamt of raising football, cricket and hockey to international standards.

In the sports world, he said Sheikh Kamal’s best achievement was the establishment of the Abahoni Sporting Club in 1972.

The Ambassador said: “Today, he lives in the hearts of all Bangladeshis, old and young, as a symbol of inspiration to reach high levels of life.

He has left behind a rich legacy of ideals, achievements, love and devotion for Bangladesh, for the young generations to emulate and follow.”